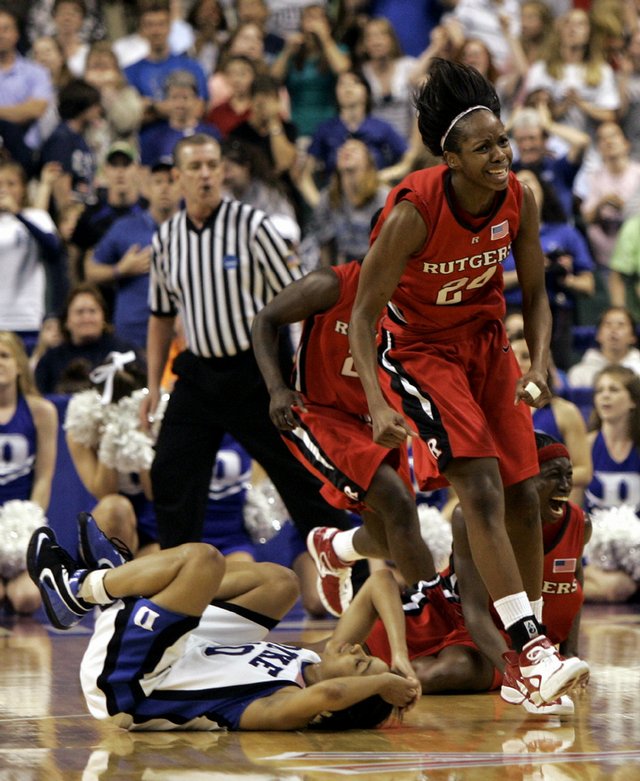 Rutgers' season was over, or so it seemed. Less than a second remained, and the ACC's player of the year was headed to the free-throw line to shoot mighty Duke back into the regional finals.