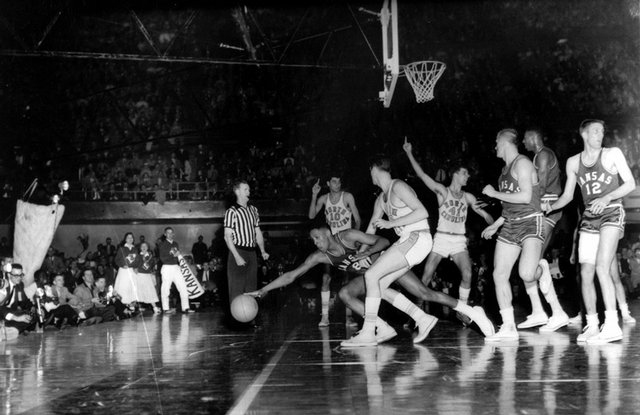 Kansas University's Maurice King stretches for a ball headed out of bounds late in the 1957 national championship game in Kansas City, Mo.