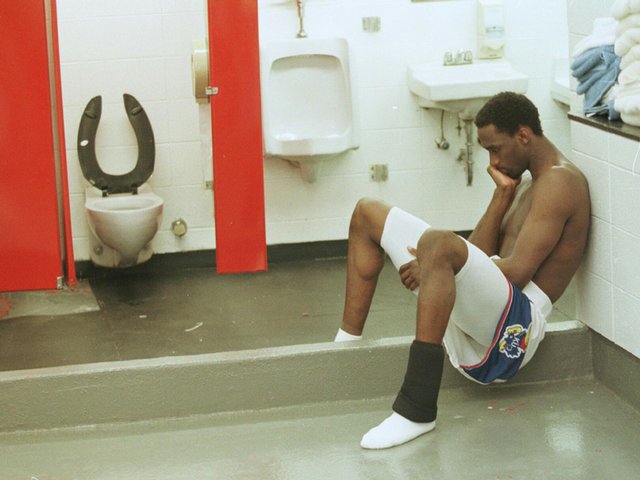 KU forward Lester earl mopes after the Jayhawks' second-round NCAA Tournament loss to the Rhode Island Rams on March 15, 1998. Kansas lost for the second year in a row as a No. 1 seed. The Jayhawks fell to Arizona in the Sweet 16 in 1997.

A college basketball team representing the smallest state in the Union claimed one of the biggest upsets in NCAA Tournament history nine seasons ago. The University of Rhode Island - a No. 8 seed from a state just 37 miles wide and 48 miles long - shocked No. 1-seed Kansas University, 80-75, in a second-round NCAA Tournament contest on March 15, 1998, in Oklahoma City.