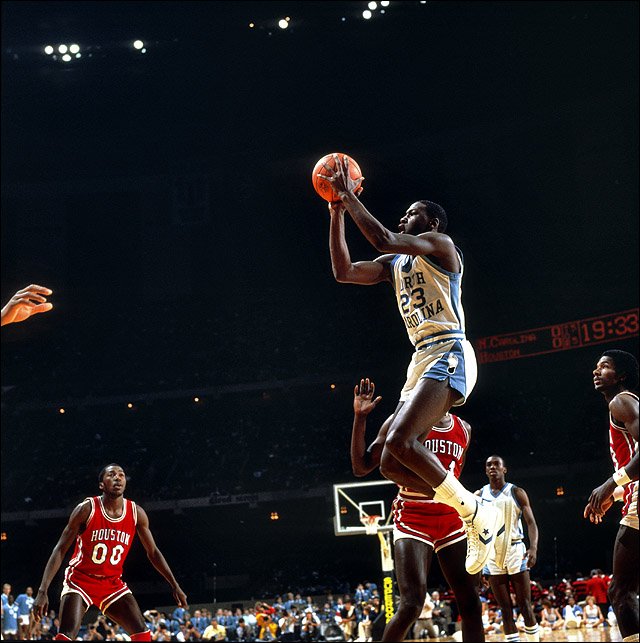 1982: Michael Jordan (23) of North Carolina in action against Houston in the NCAA Men's Division I Basketball Final Four semi-final game in the Super Dome in New Orleans. UNC won this game and went on to win the championship against Georgetown.