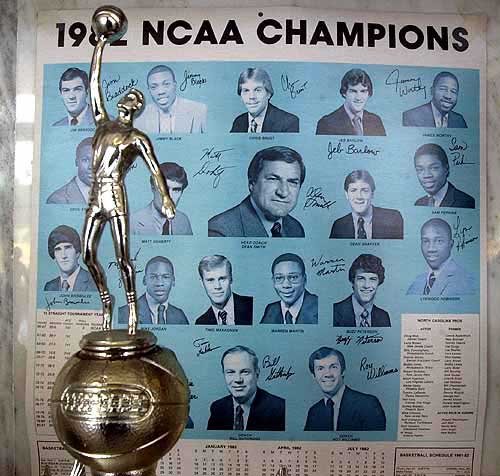 In a trophy case at the University of North Carolina's Carmichael
Auditorium, a faded poster hangs bearing the autographs and photos
of coaches and players involved in the Tar Heels' 1982 NCAA
Championship team. Kansas University coach Roy Williams is at
bottom right, next to UNC's retiring coach Bill Guthridge. The
legendary UNC coach Dean Smith is in the center. Above Williams, to
the right, is new Tulsa coach Buzz Peterson, then a UNC player.
Former NBA superstar and UNC player Michael Jordan appears at left
in the third row down.