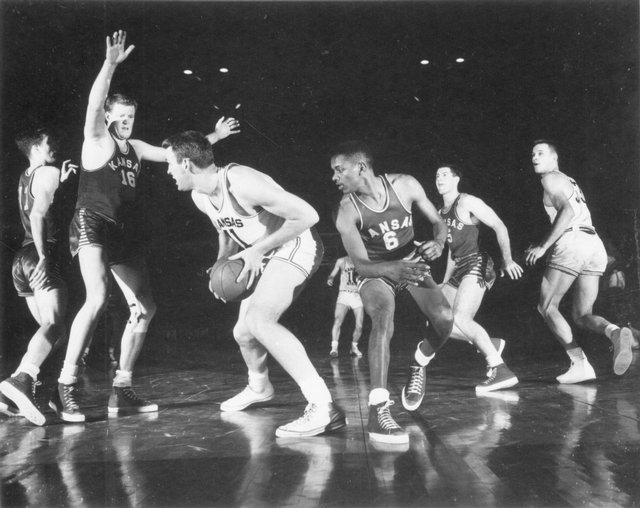 I had to go deep into our dusty 6Sports archives for today's Jayhawk Flashback — one that will take us back some 58 years.

700: Stalcup, Wilfong First Ones To Clear Clyde in Incident

Saturday night was destined to be a great one for Kansas University's basketball team -- a time of celebration as the Jayhawkers walked out of Kansas City's Municipal Auditorium with the Big Seven tournament championship trophy.