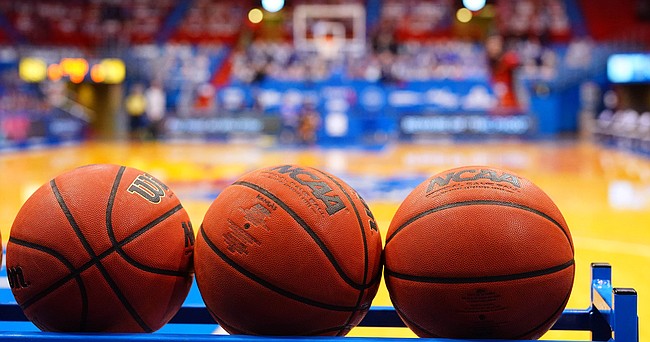 The University of Kansas has requested an “alternate method of resolution,” in its NCAA infractions case, and Big 12 Commissioner Bob Bowlsby sent a letter of support to the body in charge of that decision.

The NCAA’s case against KU, which includes allegations of five Level 1 infractions, a charge of head coach responsibility and a tag of lack of institutional control, was accepted by the Independent Accountability Resolutions Process on July 1, 2020, nearly one year after KU received its initial notice of allegations from the NCAA in September 2019.

According to the Kansas timeline on the IARP’s site, the chief panel member of the group reviewing KU’s case provided “a determination regarding the parties’ request” on Nov. 29, 2021. The timeline did not specify whether the request for an alternate resolution was accepted.

When asked for clarification on Monday night, a KU spokesperson referred the Journal-World to NCAA Bylaw 19.01.4, which states that institutions and involved parties, including any representative or counsel, may not comment on the details or substance of any pending infractions cases.

In an effort to provide greater transparency and speed up the process, the IARP in October provided timelines for all six cases it was reviewing at the time. One of the six cases — North Carolina State’s — has since received a final ruling.

Most were procedural, with notes indicating that a response occurred or an interview was completed. But the one dated Oct. 5, 2021 said that the Complex Case Unit “submitted proposed draft procedures for an alternative method for the resolution of the case to the chief panel member.”

According to the timeline, on that same date, the chief panel held a “status conference” to discuss deadlines and the request for an alternative method of resolution.”

In April of 2021, the NCAA announced that final rulings in all six cases on the IARP path were expected in the next 12 months.

With NC State’s case resolved, Memphis, KU, Arizona, LSU and Louisville are the five institutions with infractions cases still being reviewed by the newly formed IARP, which was created specifically to handle complex cases related to the recent FBI investigation into corruption in college basketball recruiting.

...something "may have been done".

But we can't know what.

not a good sign. typically, this would mean a decision was made that was not favorable to KU and we are now appealing an alternate resolution.

I don't think you're reading that right. This isn't an appeal because the IARP does not allow for appeals. If anything — and, yes, Joe's right, we don't know what yet — this seems like KU (and Bowlsby) taking more of a proactive approach and trying to reach a resolution before the final/official ruling.

No telling where it goes from here, but it's definitely an interesting development for those still paying attention.

This has the feeling of a plea deal, some kind of self-imposed to a lesser sactions thing. Where both parties come out of this with a realsitic and positive outcome.

Interesting that Bowlsby is part of KUs alternate resolution. With the latest defections, KU is now the big dog in the conference and KU BB in particular. If a worst case scenario came down, it would impact not only KU and our budget, but that of the entire conference.

It will be interesting to see what an alternate resolution looks like. It reminds me of a tv show and plea bargaining for a misdemeanor (non felony) and community service.

Many generations will have passed, before a ruling is made...

I checked the timeline and unfortunately it doesn't fit, but I initially wondered if KU saw what was handed down to NC State and wanted to agree to the same or substantially similar punishment.

Given the amount of time that has passed since this all started, it would make sense to assume KU will get some form of punishment. There's too much at stake from a public perception standpoint (sports writers/sports radio/fans) to let any of these teams off without any punishment, so no reason not to try and control what that is and guard against vacating wins or postseason bans since those are most costly to the overall KU brand. I could see KU fans living with a fine levied against the program and scholarship/recruiting restrictions, along with maybe a show cause for Self and Townsend which wouldn't matter because neither are going anywhere in the foreseeable future. Obviously I'd love to have them get out of this without any punishments, but I just can't see that happening. Happy to be wrong though.

Scary that I’m agreeing with and even having similar, virtually simultaneous thoughts with Rodney. 😎

This makes me very uncomfortable Dirk. :)

Both of you should be happy to think more like Rodney. I expect to see the quality of posts improve from now on from you two.

Where there's no appeal, this move seems like the closest equivalent.

Gonna go out on a limb and envision no post season ban though. Scholarship reduction seems like it's likely, but who knows.

Realistically The NCAA cannot really prove it case, and yet it need some kind of verdict resolution.

Ku justs want to get the albatross off of its neck.