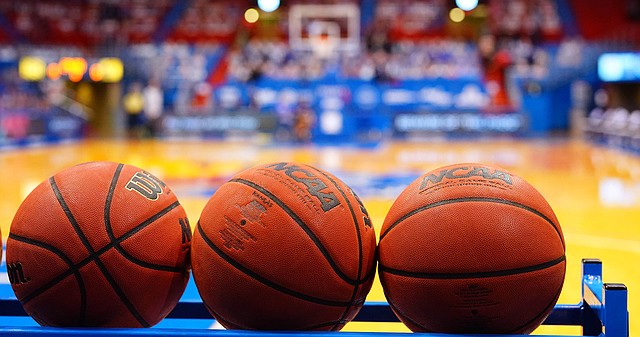 Two full years into its existence, and still without making a ruling on any of its cases, the NCAA’s Independent Accountability Resolutions Process has tweaked its rules in an effort to speed things up.

The independent accountability oversight committee recommended the changes, according to an NCAA release.

The NCAA’s infractions case against the University of Kansas men’s basketball program, which includes allegations of five Level 1 infractions, a charge of head coach responsibility and a tag of lack of institutional control, is one of six cases currently being reviewed by the IARP.

In late April, the NCAA said that all six active IARP cases would be resolved within the next 12 months.

But the recent tweaks to the process could significantly alter that timeline for all six schools.

Approved by the Division I board of directors earlier this month, the rule changes cover two key areas.

The first has to do with the Complex Case Units that review and rule on each of the cases after they are accepted on to the IARP track.

The new rules stipulate that the IARP’s CCUs are required to use the investigative work passed on to them by the NCAA’s enforcement staff “unless the unit can demonstrate a compelling reason why additional investigation is required.”

Previously, the IARP had full authority to do as much additional investigation as it deemed necessary — even to the point of repeating what was done before — to both get a handle on and make a ruling on a case.

“The oversight committee, which has expressed concerns about the delay in the resolution of cases referred to the independent process, determined that much of the delay is the result of efforts by the Complex Case Unit to 're-investigate' cases that the enforcement staff thoroughly investigated,” an NCAA release said. “Accepting the enforcement staff's results will speed (up) the process significantly without compromising the goals of the Independent Accountability Resolution Process, committee members think.”

According to IARP spokesperson Amy Hanna, this change only applies to future IARP cases, meaning that whatever work the CCU has done relating to KU’s case thus far can still be used to reach a resolution.

The second change focuses on transparency, as the board of directors also voted to develop and publish timelines related to each of the cases to “provide transparency and improve credibility.”

In May of 2020, Naima Stevenson Starks, the vice president of hearing operations for the NCAA, told the Journal-World that, in the interest of transparency, the NCAA would announce “a limited public disclosure when a case is accepted into the IARP,” and would have no other comment until a ruling was handed down.

According to Hanna, case timelines are expected to be created in the coming weeks and made public by the end of September.

According to a news release announcing the new procedures, all changes are effective immediately.