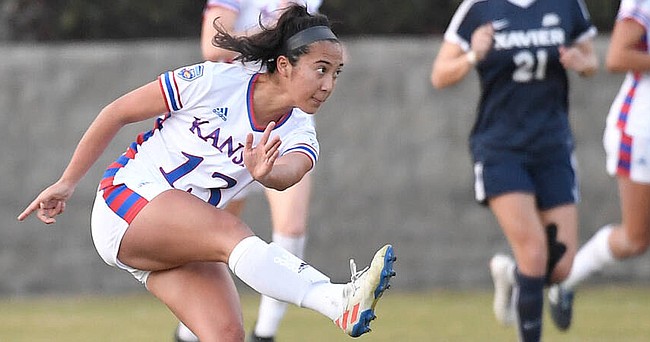 The note under the picture seems to be wrong. It says "...during the Jayhawks' 1-0 victory over Texas Tech..." when the competition seems to clearly be Xavier.