‘Nothing but respect’: Kansas QBs describe vibe of competition 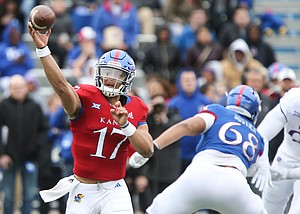