Franklin, who earned a spot on the 2020 all-freshman team, averaged 12.1 points per game and led the Jayhawks with 3.6 assists per game last season. 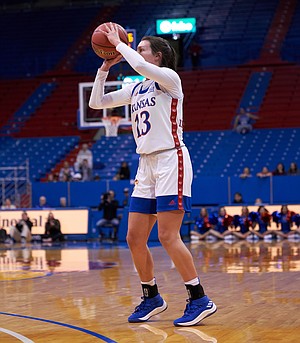 Kersgieter finished last season as one of five Jayhawks to average in double-figures, with a 10.1 points-per-game mark, and also native led KU with a team-best 40.5% 3-point clip.

The two Jayhawks were part of the 20-player list that earned preseason all-Big 12 accolades in a vote of the conference’s coaches.

KU opened practice last week and is expected to open the season on Nov. 25, though a schedule is not yet available.