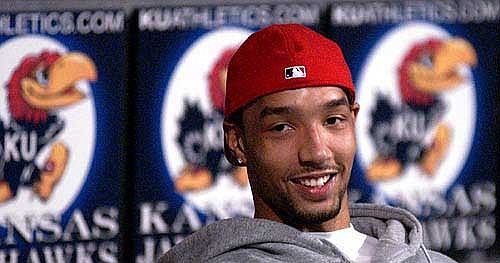 The happy-go-lucky forward from Richmond, Calif., is headed to the Kansas Sports Hall of Fame.

Former KU forward Drew Gooden, who helped lead the Jayhawks to the 2002 Final Four while earning consensus first-team All-American honors that same season, is one of 10 members of the 2020 class who will be inducted in October, the KSHOF announced Wednesday.

Gooden’s KU jersey was retired in 2003, and he also previously was inducted in the Kansas Athletics Hall of Fame.

The induction ceremony is currently scheduled for Oct. 4 at the Kansas Star Casino in Mulvane, just south of Wichita.

Wonder if he regrets foregoing his senior year. Could have been the difference in 2003 title game and could of had a championship ring. That would mean 13 years in the NBA instead of 14 in which he could have been the poster child for Mayflower.