By Dave Skretta, The Associated Press 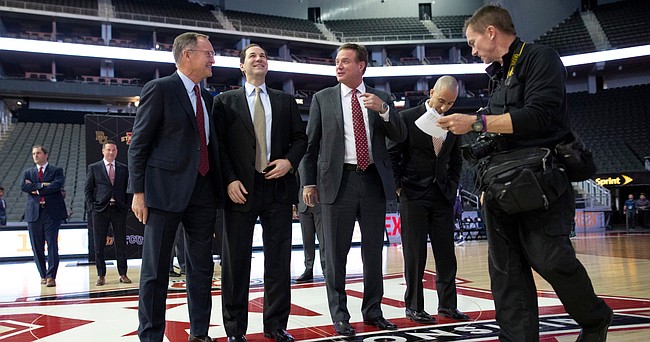 Men's and women's college basketball coaches are proposing the NCAA eliminate standardized testing requirements from initial-eligibility standards, calling exams such as the SAT and ACT “longstanding forces of institutional racism.”

The proposal Thursday came out of the new committee on racial reconciliation formed by the National Association of Basketball Coaches in response to the Black Lives Matter movement and other social justice initiatives. The committee is chaired by South Carolina coach Frank Martin and Harvard coach Tommy Amaker.

Martin and Amaker said in a joint statement that standardized tests “no longer have a place in intercollegiate athletics or education at large,” and that eliminating them would be “an important step towards combating educational inequality.”

The committee posted 18 pages of supporting documents, including input from high school counselors, that underscore a long-held belief among some that standardized testing is influenced by such things as family income and parental education, and that in turn skews the results based on racial and ethnic backgrounds.

Of all the most patently stupid things I have heard, this one is pretty close to the top when it comes to college athletics. Oh gee, not enough minorities are passing this test, they just must not be smart enough, we should dumb things down to give them a chance.

How utterly condescending, patronizing, and ridiculous. Fix the schools! Give low income families more choice! Quit giving students excuses to fail! How much evidence did they present that did NOT support

Objectivity, standardization, being accountable...anyone taken these tests? They are not challenging. Come on people!

Amen! Really perplexed on this one...how a test is racially slanted. Sounds more like the schools are failing these prospective student athletes rather than the test is racially biased. Really? I mean, I seem to remember that Asian students, by far score the highest on these particular tests according to reports several years ago.

Did anyone say that minority kids are not smart enough? Schools in minority areas are routinely underfunded beyond belief, and the kids/teachers are blamed for their low performance.

Give low income families more choice? How does that jibe with "Fix the schools!"?

"Oh gee, not enough minorities are passing this test, they just must not be smart enough, we should dumb things down to give them a chance." Not racist at all. (SARCASM FONT)

You might read 'White Fragility' by Robin DeAngelo, and see what you think about the state of the world then. Could well be highly beneficial you your life.

Why don't you talk about having 2 parents first? Then talk about funding you moron. America throws money at urban and minority districts all the time. Kids have no respect for authority is the problem. It starts at HOME period. You don't need money to make good decisions.

Keep reading that poison and see where it gets you.

Group photo at Big 12 media day. That's gotta be a fun event for Bill. He's got more conference titles than the other 9 coaches combined.