NCAA moves toward free year of eligibility for fall athletes 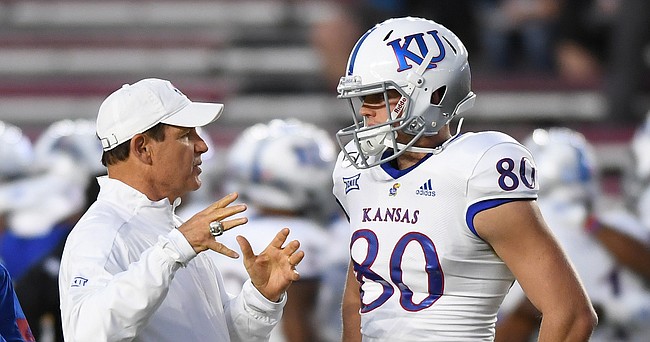 College athletes who play fall sports, including football, will be given a free year of eligibility no matter how much they compete over the next 10 months if an NCAA recommendation is approved later this week.

The NCAA Division I Council voted Wednesday to recommend all athletes whose fall seasons are being altered by the pandemic should get the year of eligibility back. The council also recommended the NCAA should pursue staging fall sports championships during the spring. No recommendation was made for the size of the fields and how they should be picked, which will ultimately determine whether conferences choose to participate.

“We continue to be committed to providing opportunities wherever possible,” said Council chairwoman M. Grace Calhoun, the athletic director at Penn.

And the council approved the Football Oversight Committee’s plan to allow teams not playing in the fall to have 12 hours per week of mandatory activities that include strength and conditioning, meetings and noncontact, unpadded practices.

The proposals need approval by the Division I Board of Directors, which meets Friday. If the board signs off — which is likely — all athletes, whether they play or opt out because of concerns about COVID-19 at any point during the 2020-21 academic year, will not be docked one of their four years of eligibility.

The NCAA made a similar decision earlier in the year when spring sports had their seasons cut short by the pandemic. All of those athletes were permitted to get an extra year of eligibility, with seniors who wanted to return not counting against roster or scholarship limits for the 2021 seasons.

The same thing will happen for fall sport athletes in 2021-22.

Underclassmen will be guaranteed a waiver to get back the year of eligibility if they want during their careers, but they will count against roster and scholarship limits.

COVID-19 concerns have led all but six Division I leagues to postpone fall sports, with the hope of making them up in the spring semester.

But even those conferences that are moving toward a fall sports season — including the Southeastern Conference, Big 12 and Atlantic Coast Conference — have decreased the number of games scheduled to be played and built in extra time in anticipation of disruptions caused by COVID-19.

The Big Ten and Pac-12 are among the conferences looking into an alternative football season, starting maybe as soon as January.

“It’s hard to penalize a guy a season of eligibility for things that aren’t in his control,” California coach Justin Wilcox said before the council’s recommendation was handed down.

“You put him in a difficult spot if you say, ‘OK, are you going to choose to play spring for this many games and that’ll cost you a year.’ Because then guys are going to say, if it’s four games or three or six or whatever they’re going to do, then they’re going to say, ’Well, maybe I want to save it and play an entire season in ’21.”

The 12-hour schedule for football teams not slated to play over the next few months will kick in Monday and run through Oct. 4.

“I don’t agree at all with the 12 hours,” Penn State Franklin said before it was approved. “That makes no sense that other teams are going to be having a season, and we’re only going to get to work with our guys for 12 hours. You’ve got voting from basically all the different conferences, and right now, the only people voting in the best interests of the Big Ten are the people from the Big Ten.”

After several days of public outcry from players and their parents, B ig Ten Commissioner Kevin Warren said in a open letter that a fall season will not be revisited and the conference is evaluating winter/spring models for football.

“We are actively planning for the winter and spring seasons for all sports, including the return of football,” Ohio State athletic director Gene Smith said.

How is granting players extra years without modifying scholarship limits for the next year or two going to work? Isn't that just going to limit the number of spots for 2021 incoming freshman? More Seniors hanging around for the extra year?