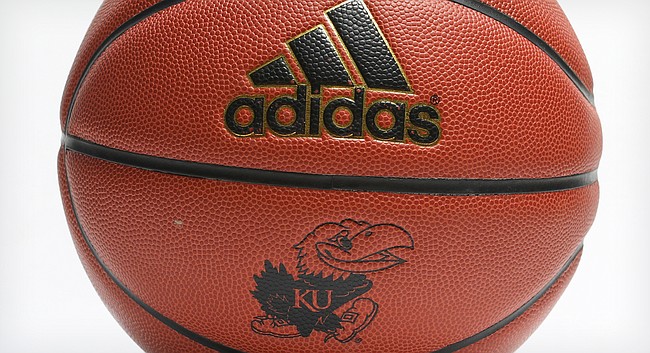 Am I missing something here:

Are the Nike and other trials going to be similar?

The F B I is on the case. I ll sleep better at night knowing these mad dogs are in jail!!!! Great work.

The bigger impact will be all the programs affected. Lots of schools are sweating it out wondering if the NCAA will be giving them a call, including us.

I just wish the NCAA had statutes of limitations. I don't know that they do, so KU will forever be on pins and needles concerning this. I'll bet the NCAA is happy not to have any deadlines hanging over them.

In bigger news involving the NCAA, California is proposing a bill that will allow student-athletes to cash in on their images. I LOVE this!!! California is playing hardball with the NCAA and if it passes hopefully Washington, Oregon, Arizona, Colorado and Utah will follow suit.

This is an old news non-story. Dylan Lysen is just trying to make a name for himself by stirring the pot. The two KU players involved: 1) Preston never played a minute for KU. 2) DeSousa had to sit an entire year over $2,500. That in and of itself is ridiculous.

Meanwhile in other news, Duke has cleared itself of any wrongdoing in the Zion Williamson recruiting. His dad said he would go anywhere unless they paid $150,000 but Duke found no evidence that he was paid. Williamson's dad evidently got a nice bonus from work because he was suddenly about to buy some really nice things.

What do you have against journalism?

If you think it's soooo last quarter, then don't read it.

The kid got an assignment and went about his job. It's kind of pathetic of you to chastise someone perhaps barely out of college, AND assume a motive for which you have absolutely no basis. Project much?

adidas is not only a sleazy company but unusually dumb. Nike isn’t as dumb as adidas...

Dane Pratt, Personally I have nothing against this article, but these days, with 99% of "news" reporting being a biased, click bate business, it's easy to be wary about "journalism".

99% sounds like hyperbole. Are you really that leery of the news media.