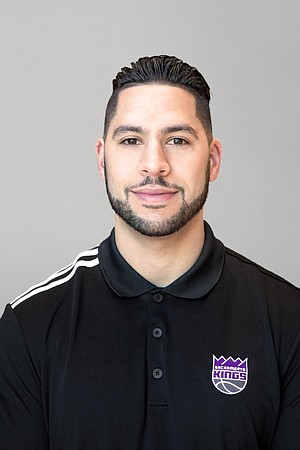 Is this the same Ramsey Nijem that is/was a UFC fighter?

Here is an interesting interview only a few weeks old.
http://robertsontrainingsystems.com/blog/ramsey-nijem-podcast/

There are seriously two Ramsey Nijem's that are public figures?

I was a fan of Hudy, and hated to see her go, but this seems like a home run hire.

Pretty impressive resume for 28 to be quite honest. I wasn't doing that much at 28 lol.

Great hire by the University.

Wow. Talk about landing on your feet. Self looks like he found the real deal with this guy.

The academic component is a nice add-on. Looks like a great hire, plus his resume should have a high degree of credibility with the players - who are all trying to get to the league.

No mention of Frank Mason or Ben McLemore and their having worked out under his program.

Kit - I wondered if those relationships were at all a part of the hire. Not Frank is calling or influencing Coach, but more like Frank is talking with Ramsey while he’s out there and includes what Lawrence is like, KU, Coach Self, the conditioning program, facilities, ...

The NBA is obviously the best in many ways and Sac is a nice area, but Lawrence/KU is pretty exceptional in its own way. For someone with his education, I can see the KU Health model being really attractive.

I agree, Dirk. It would be more likely that Frank or Ben might have spoken highly enough of the program to encourage him to come to Lawrence.

I was curious why Matt didn’t make any reference to the KU connection with the former Jayhawks having trained with Nijem at Sacramento.

I was a “chicken little” when Hudy left KU for Texas, but Ramsey Nijem appears to be an ideal replacement!