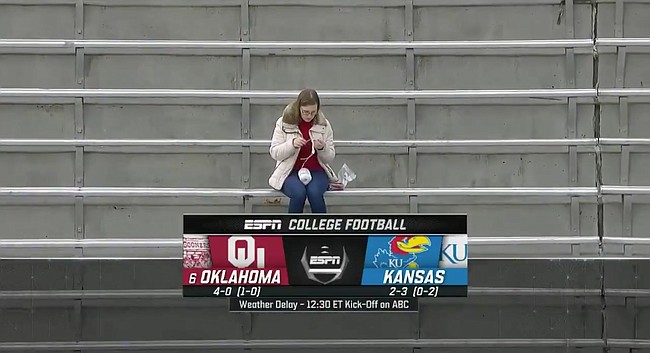 I wonder what she's knitting. I really hope they show her again at the end of the game so we can find out. Lol

The sad thing is that what she is doing will probably more interesting than this game. pic.twitter.com/dsU7JYx0GN

None by Derek Duke

None by RJ Young

Snoop Dogg one day... Crochet lady the next. Kansas is on one emotional rollercoaster https://t.co/4p7DB1WOpl

None by Not KU Continuing Ed

It seems in not a short period of time we have turned into Mizzou! What is going on with this University?