One of the Kansas basketball coaching staff’s biggest recruiting targets is officially off the board.

Considered a talented modern forward by various recruiting experts, the 6-foot-9 Achiuwa became the second prospect in the past week to pick Memphis when Kansas also was in the mix. This past weekend Rayjon Tucker, a graduate transfer guard from Arkansas-Little Rock, also committed to the Tigers, coached by former NBA all-star Penny Hardaway.

Achiuwa is the second five-star prospect in Memphis’ loaded 2019 recruiting class, joining 7-footer James Wiseman. Achiuwa at this point is considered a likely lottery pick in the 2020 NBA Draft, while Wiseman is currently a frontrunner to go No. 1 overall next year.

Kansas still has some work to do in its 2019 class, but its standing could improve greatly if a couple of standouts from the state of Texas decide to relocate to Lawrence.

Several recruiting experts consider KU the favorite to land five-star guard R.J. Hampton, who reportedly also is considering Texas Tech and Kentucky. Hampton did have Memphis on his list of finalists but the Tigers already have three guards in their recruiting class. Plus, according to 247 Sports’ Christian Fowler, Memphis no longer has any scholarship spots to offer with Friday’s news that Achiuwa will join the program.

Hampton, a 6-5 guard from Little Elm, Texas, happens to be friends with newly available four-star prospect Jalen Wilson. A 6-8 forward from Denton, Texas, Wilson this week announced he was requesting a release from his letter of intent with Michigan, citing the Wolverines’ unexpected head coaching change. 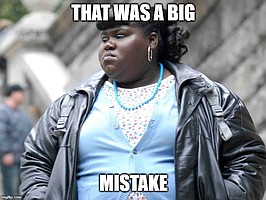 This reminds me a bit of Alabama a few years ago when Avery (?) became their coach, though I don't think he had as much experience with younger players and less early recruiting success. It will be interesting to see how Penny does next March in particular. Memphis shouldn't have much trouble through the regular season making March success very necessary.

If SDS is eligible (his return seems more likely with his lack of draft participation though still a huge long shot) Precious is irrelevant for us. Even without SDS, we'll be fine with a couple anchors sharing time in the middle if we can get enough shooters/slashers on the perimeter. Still a work in progress.

Good grief...now we can't compete with Memphis..this Adidas/FBI/NCAA cloud must be some monstrous dark cloud hanging over Lawrence.

In regards to losing sought after recruits to Memphis, I tend to believe it has more to do with the "Penny" Hardaway factor (than it does the FBI Investigations). I could be totally wrong. But, Penny Hardaway's the New Hot Deal (right now) at Memphis. So, I'm sure that Coach Hardaway's using his NBA past to help recruit the Top Tier Kids and keeping the Memphis kids at home.

I think that you both are correct. The Lawson brothers would never have left if they knew Hardaway was going to be their coach. If I recall, there was talk about other relatives following the Lawsons to KU.

I think that this is simply bad luck. KJ and Dedric both kept their word. KU without Dedric might have ended our NCAA tournament streak.

Wow. I can't remember a time when KU missed out on so many elite recruits. It seems like every high profile recruit we've been in on it came down to KU and Duke/Memphis/etc. Every time the other school has come away the winner - so far. A lot more will be decided in the next two weeks, but it's very disappointing so far.

Well this just ups our chances for Hampton, which I hope in turn ups our chances to get Wilson. There's also still a chance DeSousa gets cleared. I'm just hoping Dotson comes back, but whatever's best for the kid. Rock Chalk

Our current lack of a bagman is seriously hindering our ability to draw top notch talent.

RJ Hampton would go a long way in saving this recruiting class, especially if we can get one more top 50 player.

Not surprised. If De Sousa comes back there won't be a need. Penny is definitely a big factor in this as he was an all-American at Memphis and was an all-star in the NBA. It'll cool off in a little bit, it really depends on how good as a coach he actually is.

Right now KU has just had the perfect storm of bad publicity, Hot New Coaches coming up, and a little bad of bad luck. BUT, there is still time. I'm not counting on anything, but they will fill spots. They always do.

Actually Precious reminded me a little too much of Diallo.
Anyway who we don't get is not as important as who we do.

Our biggest problem last year was 3pt shooting, in four of our losses we shot under 33%, and that won't cut it. It's late in the game and we need a 3pt bucket. Who do you want to shoot the shot? Last year it was D.J. Lawson or Q. , or early on, Vick. !???

Jalen, come on down!

This is unfortunate, but not unexpected.

It’s not an FBI/NCAA/Adidas cloud over KU; it’s a “Dotson/Grimes/Lawson/De Sousa” uncertainty problem.

I think Self’s recruiting would benefit from bringing a former Jayhawk NBA’r on board as a coach.

Michael Sillman Manning, Simien, and Collison spends a lot of time in Lawrence with Self and Co. These recruits are sick of seeing these top recruits go to Puke, UK, UNC, and maybe KU.

I’d we have to rely on our “NBA” players to get recruits, we are really in trouble. It’s almost desperation. I know Puke rolls out the red carpet by bringing in Laetner, Brand, and even Hill to recruit their top recruits.

Ironic that KU Is under investigation for recruiting violations but when was the last KU landed 2-3 top 10 recruits in one season, 2008 team? NCAA imposes violations against KU and SDS, joke.

I am pretty much done with hoping and waiting for 17/18-year-old basketball recruits, who drag out their decision and waste significant money and time having coaches fly their University's private planes around the country to watch the kid play, to make their earth-shattering decision. Yes, Penny Hardaway is making his presence felt in the college basketball world (with Achiuwa commitment Memphis surpassed Duke for the #1 recruiting class and will likely have Memphis back on the national stage and national TV).

Give me Dotson back along with Hampton, and Wilson and I am ready to go to war. If Silvio is eligible, we could easily become the top dog.

Memphis just lost it's AD. Many believe his leaving wasn't exactly his resigning as he indicated. The program revolves around Hardaway who had some AAU controversy a couple od years ago. Don't recall the details. He became a high school coach and was successful at that level. His appeal to these recruits is that he is 46 years old and left the NBA 12 years ago but he relates to them? His ties to the NBA probably aren't that strong. I doubt if there are many coaches still around whom he had relationships with and few players as well. Danny Manning has better credentials than Hardaway and isn't getting these types of recruits. One has to wonder the reason a guy would pick a program like Memphis to spend his only year playing college ball for a second year head coach who is untested in many ways. Penny is a great ambassador for the City of Memphis and the University, having played there. But, gathering a stable of guys who have had success to some degree in high school and a couple of transfers who were not their team's standouts doesn't create a guaranteed "team" effort that could go far in post-season or even the regular schedule. There must be some draw for these guys and we can only speculate at this point.

In truth, I also no longer care, because, we will have a team, and the only question now is who will be on it, and can it be effective. We have had years where we clearly had the best talent in the conference, now the jury is out a little bit on that, and we will have to be better next year just to have a change to win the conference. We like started over last year, and this year we may well be starting over again. If Dotson does not come back, we will be starting over, and it could well be ugly.

'Lil Penny has just signed on as an assistant. Both are just precious.