Grant, who most recently served as KU’s head football trainer and Associate Athletic Director for Sports Medicine, was hired this week by Wake Forest to fill a similar role.

“We are thrilled to welcome Murphy Grant to our Wake Forest athletics leadership team as senior associate athletics director and athletics health care administrator,” said Wake Forest athletic director John Currie, who previously held the same post at Kansas State. “His experience in both athletic training and strength and conditioning, and his lifelong commitment to the health and safety of student-athletes make him the perfect choice to lead our sports performance team.”

A leader in the industry, particularly in the area of studying helmet safety and concussions in football, Grant spent the last 13 years at Kansas after serving as the head men’s basketball trainer for five years and strength and conditioning coach for two at Oklahoma State prior to coming to Lawrence.

“I want to thank the University of Kansas and Kansas Athletics for the opportunity given to me back in 2006,” Grant said in a Wake Forest news release announcing his hiring. “The staff is amazing, and KU and Lawrence will always be a part of my life.”

Known for his deep connection to the student-athletes he cares for, Grant in 2017 was named the first ever executive chair of the National Athletic Trainers Association’s Intercollegiate Council for Sports Medicine.

“For years, the NATA has valued Murphy Grant for his skillful leadership and ability to empower others in an incredibly positive way,” said Tory Lindley, NATA president. “Murphy will advance healthcare and athlete performance at Wake Forest beyond their expectations while proudly representing his new university on a national and international stage.”

In addition to his athletic training work at OSU and Kansas, Grant has worked with the television show 'The Biggest Loser,' designing workout programs for its contestants, specifically regimens affiliated with Hydroworks, according to the release.

“I am very excited for this special opportunity to lead a great group of athletics healthcare professionals,” Grant said in the release. “The health and safety of the student-athlete is always the highest priority for me and the administration at Wake Forest.”

Added former KU football coach Mark Mangino in a Twitter post after Wake Forest announced the hiring: "Congratulations to Murph! He is the best in the country. Great guy & family man too. Wake Forest landed a leader in his field!"

That hurts and right at the start of camp. There’s obviously staff around him that will need to step up and fill the void, much like replacing an injured starter, but it will similarly be tough to replace his leadership. Long gets to earn his keep again.

Perhaps, Mr. Grant wanted a change of scenery at this stage in his career and life. I don't know. But, I wish him well in his new employment endeavors at Wake Forest. He will at least know the basketball coaching staff fairly well. 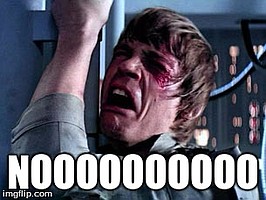 A huge loss for Kansas Athletics, and our Student Athletes! You can’t really replace him-you just have to find the best available out there. I’m wondering why he left as close to the season as he did?