A Kansas football player has been arrested on suspicion of driving under the influence, according to the Douglas County Jail booking log.

KU police arrested Malcolm Charles Lee, 20, at 2:45 a.m. Saturday at 1034 Mississippi St., according to jail records. The address is less than a block from David Booth Kansas Memorial Stadium. He was released on bond within a couple of hours, the log shows.

“We are aware of the situation and are currently in the process of gathering information,” a KU spokesperson said of Lee’s arrest. “We will handle the situation according to our internal policies.” 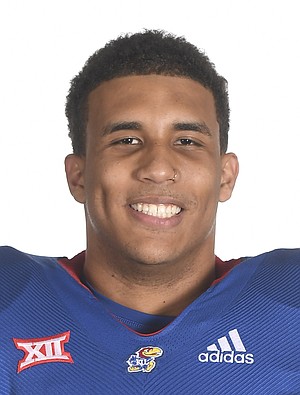 Lee, a sophomore, officially joined KU as a transfer this summer. An Omaha, Neb., native, Lee is listed as a defensive tackle on the Jayhawks’ roster, at 6-foot-5 and 270 pounds.

His next court appearance is scheduled for 1 p.m. on Aug. 7, according to jail records.

20 would be under age as well?

Not good, but definitely not the worst thing in the world. About the same time, a JC DB in Cali was being shot to death.

Guessing the “being handled internally” will be similar to Brady a few years ago. Wasn’t it several games and unspecified additional conditioning?

Unfortunately, DL is also the place where it hurts the team the most as well.

“Not the worst thing in the world”? Getting behind the wheel while under the influence of alcohol is indeed a problem and can hurt/kill innocent others. Driving drunk should not by brushed aside simply because one is a football player.

Good God, it was "suspicion" of driving under the influence and most people get a slap on the wrist for first offense and it is not publish for the entire fan base of a major university to see. No one is trying to sweep it under the rug but he is a 20 year old and I'm quite sure you made a lot of stupid decisions at that age as well. Thank goodness no one was harmed and a lesson can be learned.

@Andy....DM didn’t say it wasn’t a problem. Nobody, that I know of, is disagreeing with you. He said it wasn’t the “worst thing in the world”. That is a true statement. I don’t think anybody condones drinking and driving. The athletic department will gather all the information and dole out the appropriate punishment.