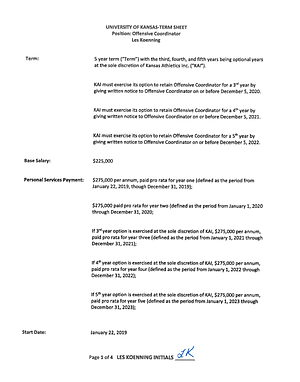 5 year deal? Congrats Coach. At the end of your five year contract you will be able to order from the senior citizens menu. Go get’em grandpa.

I like this... we learn from prior experiences. If we are wildly successful, we will still have Mr. Koenning for at least 5 years! If we are not doing too well, we can make a change sooner.