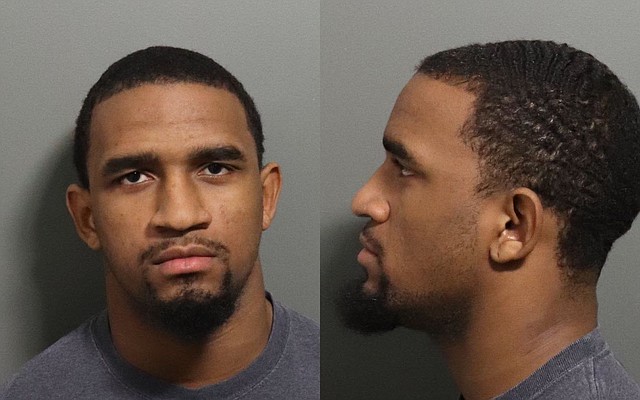 University of Kansas star football player Pooka Williams has applied for a diversion in the domestic battery charge he is facing, his attorney Hatem B. Chahine said Wednesday morning, and the court has granted his request.

The terms of the diversion were not available Wednesday morning.

Williams appeared in court Wednesday morning. At the hearing, the court scheduled him to appear on Feb. 13 in the event that the diversion does not go through.

“If diversion is approved, and we decide to do it, there won’t be anymore court,” Chahine said. “It would keep a conviction off his record.”

The charge stems from a Dec. 5 incident in which Williams, 19, whose full name is Anthony Ray Williams, is accused of punching an 18-year-old KU student in the stomach.

On Dec. 6, the woman in the case told a KU police officer that Williams punched her in the stomach and grabbed her throat around 12:30 a.m. Dec. 5 when they were at Stouffer Place Apartments, 1835 Ousdahl Road, according to an affidavit.

During the interview, the officer found the woman had bruises on her arms and side, according to the affidavit. She also showed the officer text messages from Williams in which he admitted to punching her in the arms.

Williams is a freshman running back from New Orleans who arguably became the face of the team during the 2018 season, winning several weekly and seasonlong awards for his performance on the field.

Editor's note: This story has been edited to correct a time that had been misstated by police in their arrest affidavit. The incident at Stouffer Place Apartments occured at 12:30 a.m. Dec. 5, 2018, according to Cheryl Wright Kunard, assistant to Douglas County District Attorney Charles Branson.