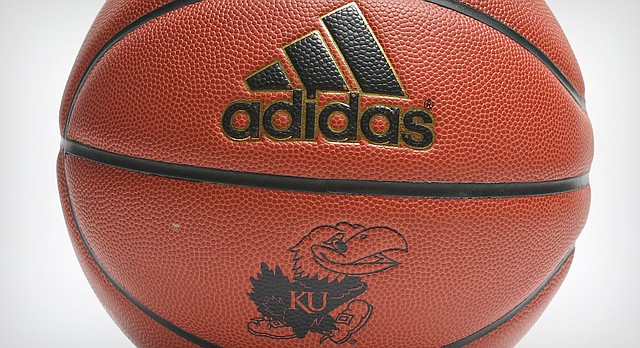 The Journal-World reported on Oct. 12 that the board of directors of Kansas Athletics Inc. had been told that the University of Kansas’ athletic department had received approximately $1.5 million in “extra Adidas royalties” during the last fiscal year. Pat Kaufman, the chief financial officer for Kansas Athletics, further told the board the extra payments were “based on the new pending agreement” that KU has with Adidas but has not yet signed.

Kansas Athletics’ last fiscal year ran from July 1, 2017, to June 30, 2018, which covers the time period during which Adidas executives Jim Gatto and Merl Code were charged with orchestrating a pay-for-play college basketball recruiting scheme. It was not made clear to the Kansas Athletics Inc. board at what point during the fiscal year the extra royalty payments were made to KU.

It also was not explained how KU was eligible to receive extra royalty payments from a deal it had not yet signed. KU and Adidas announced in mid-September 2017 a multimillion dollar extension of Adidas’ sponsorship deal with KU. However, days later, a criminal complaint against Gatto was released by federal prosecutors. When questioned by the media, KU said it had not yet signed the previously announced extension with Adidas, but also made no mention of any provisions that allowed it to start collecting extra royalty payments from the company.

On Oct. 11, the Journal-World filed a request under the Kansas Open Records Act seeking any documents that show either a formal or informal agreement that would allow KU to begin receiving extra royalty payments from Adidas prior to the multiyear extension being signed.

In that update, Walawender again said “ongoing personnel limitations precludes the records’ immediate production.” She said the athletic department will provide another update on Oct. 28, but made no guarantees that the records would be available at that time.

In addition to the records request, the Journal-World asked several questions about the Adidas arrangement. A spokesman for Chancellor Douglas Girod's office declined to answer any of the questions, citing the ongoing legal proceedings. Those questions included:

• Does the acceptance of $1.5 million in extra Adidas royalties in any way commit KU to finalizing the pending deal or trigger any penalties if KU ultimately decides not to finalize the agreement?

• As part of the acceptance of extra royalty payments from Adidas, were there any restrictions placed on what KU could say about Adidas, such as nondisparagement clauses?

• Does KU have any concern that Adidas doesn’t have the appropriate amount of institutional control as it relates to its involvement with AAU youth basketball leagues and potential college recruits?

Gatto and Code, who are defendants in the federal corruption trial currently underway in New York, are two of the three former Adidas employees charged with a crime in connection with the recruiting scheme. T.J. Gassnola, a one-time employee and consultant of Adidas, already has pleaded guilty to a wire fraud charge related to paying basketball recruits, including the guardian of KU’s Silvio De Sousa. A fourth Adidas executive, Chris Rivers, hasn’t been charged, but evidence in the trial includes an email from him referencing an Adidas-run "Black Ops" program involving college basketball recruits.