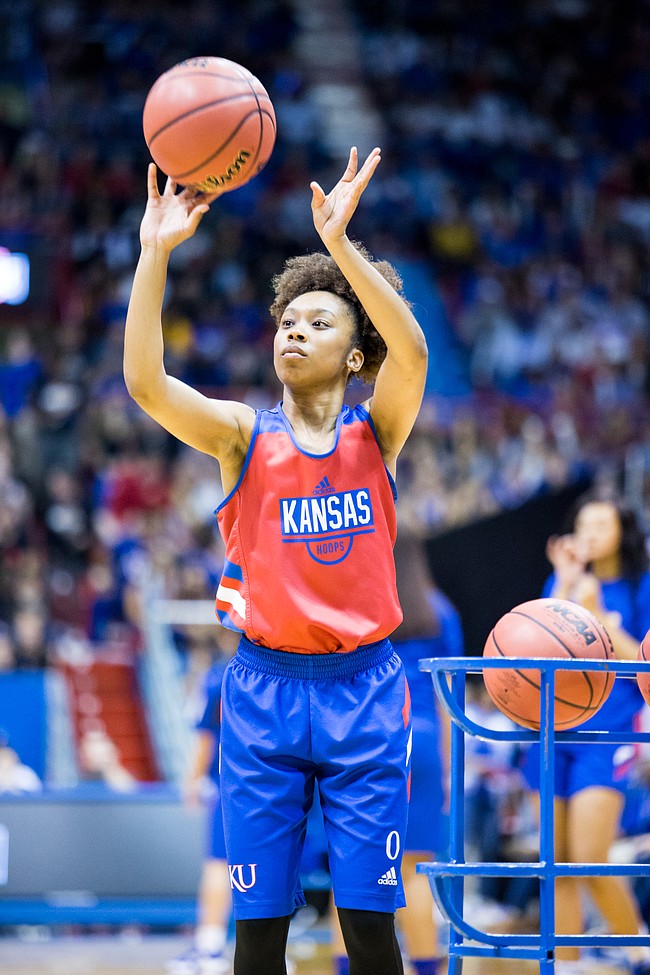 Senior guard Christalah Lyons shoots a 3-pointer in the 3-point contest at Late Night in the Phog on Friday, Sept. 28, 2018 at Allen Fieldhouse.

Christalah Lyons and Jessica Washington earned Preseason All-Big 12 Honorable Mention honors by the league coaches, according to an announcement made Wednesday afternoon.

Lyons, who was named to the honorable mention team last season, led the Jayhawks with 14.8 points per game. Lyons netted double-digit scoring performances 27 times throughout the 2017-18 season, including three different 20-point outings.

Coming off of a season-ending injury in 2017-18, Washington returns this winter as a sixth-year senior. Washington was named the Big 12 Newcomer of the Year following the 2016-17 campaign. She appeared in 29 games, and averaged 17.0 points and 4.1 rebounds per game. She also led the league in scoring with 19.3 points per game during conference action.