Now Jamie’s father and Hines are working for her at Baker University, and it’s still a winning combination.

Heading into this season, Baker’s single-season record for victories was 31. The Wildcats shattered that mark and stand at 40-14 in a season that may or may not be over. Hoping to land an at-large bid to the NAIA postseason tournament, the Wildcats will learn their fate Tuesday evening, watching the selection show as it streams online.

They have come a long way quickly. The seniors endured a 13-33 record as freshmen in Stanclift’s second year as a head coach. That speaks well of Stanclift's ability to judge talent and develop it. 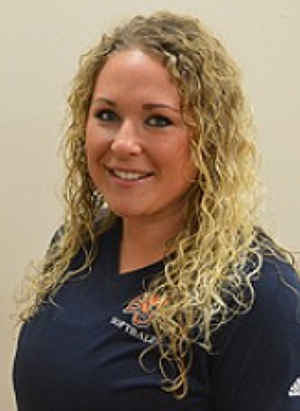 A 2005 graduate of Free State High, at various times during her softball career, Stanclift played for her father and her mother, former Free State High softball coach Pam Pine, a player’s coach who always put a high premium on students enjoying the experience.

“Fun is definitely a big piece of things for my mom,” Stanclift said. “I’m not completely the same. When my dad coached at Kansas he was strictly business. I’m kind of a happy medium between them.”

Pine played at Kansas and her daughter played a year at University of Akron, and three at Wichita State, starting every game her final two seasons.

The better player? Jamie pondered the question before answering: “I’d probably have to say my mom."

The better coach? No pause this time. That answer came without hesitation: “Oh, me, definitely. She’s not serous enough sometimes for me.”

Yet, it’s also a trait that makes Pine a valuable resource at times.

“Sometimes, when I felt like I was getting too uptight, I called my mom and she’d tell me to chill out a little,” Stanclift said. “It’s really nice to have her as a sidekick and a motivator. And my dad’s been a huge help as a volunteer assistant. And Gary Hines is the best pitching coach I’ve ever been around. … My dad’s great about not stepping on my toes and, in his way, helping me by giving me constructive feedback all the time.”

Jamie served as a graduate assistant for a year at Baker.

“As soon as I did that, I knew coaching was where I needed to be and what I wanted to do with the rest of my life,” she said.

Why not? Clearly, she's very good at it.

You go Jaimie! I grew up across the street from your Dad. Best neighbors ever!. We went to school and Number 6, what some people now say is the old spooky building at 23rd and Iowa. The Stanclifts have a great tradition of baseball and softball throughout the family and it is so good to know that you are following in the footsteps! Say hi to your Dad from Mike Mitchell. By the way, your Dad and I were both born on March 6th. Different years, but not by a lot! Hope you make the NAIA tournament!