The Big 12 unveiled its preseason media football poll Thursday afternoon and the 2018 version closely resembles its predecessors from recent summers in that Kansas can be found at the very bottom of the list.

As has been the case every year since the conference got rid of divisions following the 2010 season, KU football landed in last place in the annual standings projections.

The preseason predictions have come true in six of the past seven seasons. During its rut of a run KU outperformed its forecast only in 2014, when the Jayhawks (1-8 in the Big 12) finished not 10th, but ninth, one game ahead of Iowa State, which went winless.

As so often is the case in the conference, Oklahoma sat atop the estimated Big 12 standings, with 46 of the 52 first-place votes.

Third-place TCU and fourth-place Texas each received one first-place vote, while KU’s rival, Kansas State, garnered two first-place votes to go with its spot at sixth, behind No. 5 Oklahoma State.

Iowa State saw a streak of seven consecutive years as the projected ninth-place team come to an end, as the Cyclones landed at seventh this time around.

KU finished 73 points behind ninth-place Baylor in the preseason poll.

This year marks the sixth since 2011 in which the Sooners led the preseason rankings. Oklahoma owns a Big 12-record 11 league titles, including each of the last three.

The top two finishers in the league standings will compete in the Big 12 Football Championship Game on Saturday, Dec. 1 to determine the Conference title.

That is not a shocker. Everybody expected that. Sort of surprises me that they have K-State picked 6th. Some media have them as a pre-season top 25 team.

An illusion? But do not the OU players look significantly bigger than Dineen? In any event, what a visual!

Not Smallwood but the other 2 are without illusion.

I believe the other two OU players in the picture are offensive lineman. They would be much larger than Dineen. The whole takeaway is that the offensive linemen for OU were in the end zone to greet the runner. The really good teams play with passion and don’t quit......ever. We “CAN” instill that in our young men. If they play disciplined and with fire and passion and never give up, I still believe we can be competitive

According to Athlon Sports & Life KU is ranked 116 out of 130 FBS teams, and places them last place of all P5 teams. To put that into perspective, there are 50 non-P5 teams that rank higher than KU in this poll. The 9th place team in the Big12 poll, Baylor, is ranked #53 in this FBS poll (63 places higher than KU). Polls are sometimes wrong, but it means the broader college sports world, not just Keegan, has very little faith that Beaty is going to turn things around in his 4th season. If Beaty finally has a complete roster with a good number of JR's and SR's, why aren't expectations higher? Is it because Beaty and his staff have failed to recruit talent that is better than 50 other non-P5 schools? Is it because KU's facilities are worse than 50 other non-P5 schools? Hopefully Athlon is way off... because the poll implies something beyond failure.

I think its a combination of inept coaches and terrible FB facilities..look at what happened to Kentucky FB once they made a financial commitment to winning in FB..they got a coach who could recruit and with the upgraded facilities, they began to attract some good recruits..KU has never shown any real commitment to FB..why would top recruits or even decent recruits wanna play in that POS that we call a football stadium and hwy would any REAL coach wanna coach at a school that doesnt show any commitment to its FB program?..they dont need to upgrade it, they need to bulldoze it and build a new one..

This poll was completely predictable. In eight years nothing about KU Football has changed. The problems with the program are far more than just recruiting. The upcoming season is year four for Beaty. If he has made steady progress during these four years he should have a nearly full roster. The coaches and players should be familiar with the system. The coaching staff should be stable and know the players. The strength and conditioning program should be established and properly preparing players for the season. Young players should have grown up in the program so that the juniors and seniors are ready to compete in the Big 12. Talented underclassmen should be sprinkled into the depth chart. If a position or two are thin due to injury a couple of juco guys might see some playing time. And finally KU should be competitive in conference games. Fans should be excited to attend fun home games.

Unfortunately almost none of this is anticipated. I hope I am wrong but the upcoming season will show all where the program stands.

When he started the roster was 25 or more short. You can only sign up to 25 players per year to scholarships, and that includes those from last season that apply to this season due to transfer rules and all that other stuff. Then you lose seniors, so you're not going to gain 25 then you have guys leaving early for the NFL, yes, even KU had at least one guy leave early for the NFL draft. He was drafted too.

Gee, what a shock. The football program has been a disaster ever since Reesing graduated and Mangino was fired. And there's no sign that anything is going to change any time soon. Kansas isn't exactly a hotbed for great HS players and I can't remember the last time KU got a 5-star recruit.

They'll never do it, but KU should drop down and become an FCS football school. They might have some success if they did that. People aren't going to come to the stadium to watch the Jayhawks lose to Oklahoma by 40+ points. If they drop down to the FCS level an start winning, maybe the fans will actually show up. 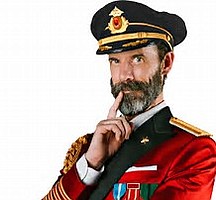 This isn't surprising. I will caution everyone against calling for Beatty's head. He was handed a mess that no coach can get out of in fewer than 4 seasons. It's going to take awhile. Patience is needed. It is one thing if he had a full roster from day 1, but there still isn't a full roster. The biggest mistake was Turner Gill, then everyone wanted instant results after that so Weis tried transfers that didn't work out, now it's very difficult for KU to recruit and yet everyone wants instant results. Not going to happen. Just cheer for the guys to play to the best of their ability and recognize them for it. They're going to need the backing of the fans. Now is not the time for cold-weather fans staying home. This is when they need you the most.

I am 1971 KU grad. Given our track record over the past decade, why do we still spend $$ on football? Perhaps we could spend it on other sports where our facilities and coaching staff would enable KU to be more competitive in other DIV 1 sports? I was fortunate as a student to attend the 1969 Orange Bowl and two final fours as a yell leader. We were also competitive in track & field. Can someone tell me that the KU is not losing revenue in its continued pursuit of football? Someone suggested dropping down to FCS. I am curious as I don't know the answer, are there any other P5 conference schools that have a FCS football program? If not, then why should we? I attended the Insight Bowl in 2008 in Tempe Az where we beat Minnesota. What have we done since?