Kansas quarterback Tyriek Starks (18) waits for the snap during the fourth quarter on Saturday, Sept. 2, 2017 at Memorial Stadium.

After two seasons with the University of Kansas football team and almost no time actively contributing in a game, quarterback Tyriek Starks has left the program.

On Tuesday morning, the backup QB from New Orleans tweeted out a one-word message, “Reset…” shortly after JuCo Football Forer reported he was set to transfer to Southwest Mississippi Community College.

An official with KU football confirmed Starks is no longer with the program.

Considered a three-star prospect out of Warren Easton High, where he played for now-KU running backs coach Tony Hull, Starks took a redshirt at Kansas in 2016.

This past year, the 6-foot-1, 190-pound QB played in one game, subbing in late during the Jayhawks’ season opener, against Southeast Missouri State.

In mop-up duty of KU’s lone victory of 2017, Starks never attempted a pass or registered a carry, instead handing the ball off to various running backs.

The news of Starks’ departure surfaced a day after Kansas added another quarterback for the coming semester, junior college transfer Miles Kendrick, a sophomore from College of San Mateo (Calif.)

Moving to the juco level will provide Starks the chance to play during what will be his redshirt sophomore season, before possibly returning to the FBS level in 2019.

In two seasons at Kansas, Starks never ascended any higher than third on the depth chart, and the Jayhawks will return the two players who were in front of him this past year, Peyton Bender and Carter Stanley. Bender will be a senior this coming fall, while Stanley will be a redshirt junior.

None by JuCo Football Forer

I wonder how this affects Tony Hulls reputation with other Louisiana recruits? Hopefully this doesn't poke holes in our pitches to future Louisiana recruits, I thought we should have seen Starks at least after the tcu game we had nothing to lose at that point in the season. Hope he has a successful career somewhere else rooting for the kid!

If I understand correctly, Tony has been able to recruit the high school that he was a coach at, and was able to get some of those guys committed (including Starks) and a couple of them were rated 4 and 5 stars. I think he has been instrumental in getting us into the door of some Louisiana players, but he has been given a lot of credit. I don't think this affects his standing at Louisiana at all.

Personally, I don't think KU's success is hinged on how we do in Louisiana. I believe it hinges on success in Kansas, followed by Texas, and then Oklahoma. Anything else is gravy.

Congratulations Starks...Look forward to you succeeding at your next opportunity.

We would have loved for you to show your skills here, but understand your choice.

I agree there is a lot of under rated talent in Kansas and Oklahoma wish we could recruit these areas heavily and also have some Texas guys in the mix, I am surprised Hull is still on staff I thought for sure he would have jumped on to a bigger program with his recruiting ties but as we saw most of his commits ended up somewhere else, I do like Hull and hope he remains with KU for a long time just hope we are able to get over the hump and win some games to start showing we are serious about football, and can start getting the local kids to want to stay and build something here.

Kansas isn't going to turn the program around through big-time recruiting. We got beat at home by two FCS schools (NDSU and SDSU), with rosters full of unrated, one and two-star kids from the Dakotas and the upper midwest. We got beat home this year by a MAC team loaded with two-star talent. We get beat every single year by an in-state team that always places last or next-to-last in the conference recruiting rankings.

The difference? Not the players - as John Brazleton would have you believe - it's the coaching.

Instead of going with the hard, grinding approach, we went with two flash hires (one for name and one for recruiting), and here we are chasing around after JUCO talent in THE FOURTH YEAR OF THE REGIME. And with staff turnover that would make the local McDonald's manager blush.

Starks was a 3-star recruit, hand-picked by Hull. And now he and his scholarship are in the wind. That's evaluation. That's development. That's failure on the part of the staff.

Wouldn't it be ironic that he goes to a JC then Beaty rerecruits him as a JUCO transfer next year lol. Better to get out now then playing for a new coach next year who may not keep your scholarship. Too bad.

Like who didn't see this coming? Good for you Tyriek - -hope you have a great career. - -Good to see it - you got shafted - -screwed so bad here. - -Better days ahead for you buddy, wishing you the best in your future - -do your thing - - wish we could of seen much more of you, it's just these guys have no idea - -It's good for you to get out now instead of wasting another year here. - -lots of luck in your future

Do we actually know if Starks was any good or not? We saw what Bender and Stanley did, but Starks was never considered to replace them? Sounds like Starks may not have been as good as thought of.

Best of luck in your future travels Starks.

Starks showed some nice raw ability, but not the consistency that is needed (like Charlot?), and especially at the position where you touch the ball on virtually every play.

Still agreeing with the others above in hoping he goes on to be successful.

Say what you want but Starks should of been giving a full game to show what he is capable of! I’m pretty sure he wasn’t getting many reps in practice at QB, the kid deserved a chance to show what he had.

There is no evidence that Beaty or his staff has any ability to develop quarterbacks. If anything, it could be argued that QBs regress under his coaching. I fail to understand why any QB would consider playing for him unless that QB: 1) has no other viable options; or 2) is already developed to the point that he can succeed in spite of Beaty's coaching. We thought Bender was the latter, but he too regressed as time went on. The new judo QB appears to be the former.

Despite Starks being "the first QB recruited for this offense", according to Beaty, Beaty was unable to make him a capable quarterback for it.

At what point can we stop pretending that Beaty is qualified for his job? Enthusiasm is not a substitute for competence. Beaty boasts about how great the team culture is, but it is a losing culture. This commitment to excrement needs to end sooner than later.I

KU desprately needs to find someone with experience developing quarterbacks and offensive linemen. Without those two things, we will continue to see more of the same.

Glad that another football story in the midst of KU basketball can bring out the gang to relive the past disappointing season and harp on Beaty’s inadequacies. Everyone’s pencils should be sharp by the time spring football rolls around for more preseason negativity.

Some of us will be too busy cheering for other teams to bother with negativity over KU football. 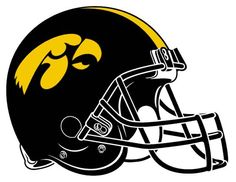 Lol good choice, I'll be supporting my local hometown UB Bulls, Don't expect much from them but I'm sure it will be better than a winless season that Kansas will have.

Numbers game. Not his fault but he never had the opportunity to show his talents in a game situation. I wish him the best.

What we have to ask ourselves, is why was he recruited in the first place? What was it that the coaches thought he would be able to bring to the team? I would venture we simply wanted to say we recruited a qb. Were any plays ever designed with him in mind? Are there any other positions he could have played?

Each player should have a 2yr or 4yr plan, an honest assessment of where they stand, and what their potential development is, and how that is going to be accomplished.

What is it with the amateur hour?