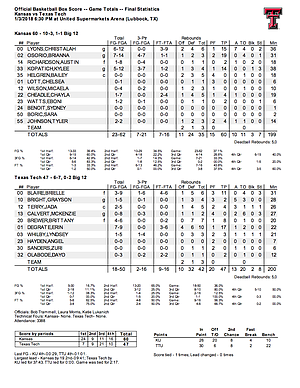 Three games into the Big 12 season, Schneider already has as many regular-season conference victories as he did in the first two years combined of his rebuilding effort.

Kansas will play host to sixth-ranked Baylor at 2 p.m. Saturday at Allen Fieldhouse.