Cole Mueller finally has some company on the Kansas football program’s Class of 2019 commitment list.

A three-star defensive back according to Rivals, Russell was one of the first prospects Miles began targeting when he became the Jayhawks’ head coach in November.

Previously, Russell reportedly had picked up offers from programs such as Iowa State, Kansas State, Boston College, Duke and others.

None by Jayden Russell 🏳

Russell told Jon Kirby of Jayhawk Slant he felt as though Miles made him a “priority” the past few weeks.

“When I talked to him he told me to come to KU and let's change the culture,” Russell told Jayhawk Slant. “Once he was announced as the head coach I was the first person he called. It just showed me how much they really wanted me. I decided KU was the perfect fit for me.”

A couple hours before Russell announced his intentions of signing with KU, Fairchild became the first recruit since Miles took over to announce his commitment to the program.

A 6-5, 255-pound athlete from Andale, who previously had committed to South Dakota, Fairchild decided to go with the Jayhawks instead during a visit to KU this weekend.

Fairchild lined up at various positions as a standout defender for Andale and played on offense, as well.

According to what Fairchild told Jayhawk Slant, Miles said he would begin his KU career as a tight end.

Russell and Fairchild join Mueller, a two-star running back from Wentzville, Mo., who committed to KU this past July, in Miles’ first recruiting class.

I want to thank coach Nielson and the whole South Dakota football staff for giving me the chance to play for them at the next level. But after much consideration, I have decided to stay home and play for the University of Kansas #RockChalk pic.twitter.com/vEckJbkq9t

None by Mason Fairchild

Look for Garber and Dineen's announcements soon too ;)

The Mad Hatter is off and running!

This is a big part of what’s been missing; the previous coach talked about it; but didn’t actually do it. Two quality football players from Kansas; one near Wichita; one in Johnson Co. So many of these kids have not even been on the radar screen by our coaches; well, no more. Great job Coach Miles; welcome Jayden and Mason!

Coach Beaty worked hard at getting instate recruits, though many chose to go elsewhere. He even hired a respected HS coach to focus exclusively on recruiting instate players. To say that he didn't try to recruit them is just nonsense. 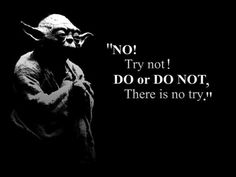 Something tells me we won't see Miles' staff frantically running around the state trying to impress football coaches at high schools that don't have football programs. Beaty did a lot of numbskull things, his Kansas blast being one of them, but I actually don't blame him for failing in Kansas. He was hired by Zenger to bring an influx of Texas talent into KU and I'm guessing that this is where he focused his time. Unfortunately for us, the Yoda-principle also applied to Beaty's Texas recruiting efforts.

I was thinking the same thing!

Joe, your two best posts of the year.

Happy to see Coach Miles is focusing on in-state recruits.

Kevin, you have got to be kidding. I mean sure, take 3, 4 and 5 star players from other places anytime you can get them but getting local 3 star plus prospects is definitely the way to go. Players that are from Kansas surrounded by family and friends watching have a lot more to play for than some kid from Xanadu. If you want to get over the hump the players have some skin in the game. Recruit local, the players will sacrifice to win for their own home crowd.

If Miles can get about 8-10 local 3 Stars from Kansas and Kansas City and then add some more from Louisiana and Texas, the picture will be brighter.

Really Brian l mean really? So some how a local kid will try harder than someone from Xanadu? God give me a break with your pie in the sky thinking. Wins are wins. This team has plenty of local talent but still hasn't won. Joe Dineen great player, not alot of wins. Les Miles doesn't win hes gone as well. You mean its ok for a local kid to play at Clemson or Wisconsin but KU so try soo hard to get the locals, when the locals take their talent elsewhere? If they cared so much about family and friends they would stay home. No they go to where their talents can be best utslized and what is best for them. Where they come from wont make a difference the wins are ultimately what matters. What makes YOU feel good Brian is if they come from Kansas.

WRONG.... It's not Joe's fault. KU did not have much talent, let alone local talent, in the Senior and Junior classes. The majority of the local players were walk-ons or at best 2 Star players. I also never said players that wanted to go play somewhere else couldn't do so. I just said we should recruit as many talented local recruits as possible and inferred that their commitment would be greater. KU should preferably recruit 3+ star local recruits. And HA! Yes, players go to places where they are told their talents can be best utilized, where all kinds of promises are made, and then they get screwed by the coaches and never get on the field or they end up playing some position they never wanted. Just ask half the KU QB's the past 8 years. But, funny you mention Joe Dineen, because he worked his LOCAL butt off and played like a beast even though many of the TRANSFERS and WALKONS didn't. Joe played like a beast whether or not we were winning. So, thank you for proving my point. If KU had a team of Joe's we might be in a bowl. Joe never quit in front of his family or home town....Way to go Joe!!

In state players bring in family members and friends which helps fill the stands. We don't fill the stadium with other state's families and friends. Close members of course come but loading up the RV with people is what we need. Players like to play in full stadiums, just ask them.

I get what drives your point, but it's in error for 2 reasons.

From a reputation standpoint in recruiting home-grown talent, you might have a case. But the friends and family of players bolstering attendance is really a no-go. Again, improved results on the field is the main consideration in increasing attendance, and we need those numbers to be huge (and not negligible).

Welcome! We're excited to see you both in a Kansas uniform next year!

I wouldn't be shocked if Lance Legendre recommits to Kansas. We now have Louisiana's Hull and Miles in his ear.. with a talented OC who craves a dual-threat QB.

Don't we also have a commitment from a 2020 DTQB? From Alabama?

Dirk, the new OC offered a scholarship already, but they have not verbally committed

Everyone on here talking about that we don’t care where recruits come from for the football program, and that in state, doesn’t matter, needs to get a clue. You cannot build a football team, without a base of in state recruits. Why does K State under Snyder, kick our tail most years? Because he recruited a lot of Kansas kids, and they cared about this game. This is how you build fan interest, ticket sales, and then that feeds on itself. Do you think it’s a coincidence that we won a lot of football games under Mangino, with Kerry Meier, Jake Sharp, Darrell Stuckey, Mike Rivera, Brandon McAnetson, etc. etc?

Reading this, I wonder if you've seen where the vast proportion of talent comes from by State. If you can get players of equal caliber from Kansas as there are in other places, then fine. But it's a statistical improbability to put it nicely. Sure you might be able to get a 3-star from Kansas, but with the limited number of scholarships, the MAIN focus is getting the best players here no matter where they come from. If I have a chance to get that 3-star from Kansas or a 4-star from elsewhere, then your argument about building a base of Kansas recruits wilts under the heat of another reality: Kansas needs the best players it can get because we are in desperate rebuild mode. I can see it if it's 3-star here vs. 3-star elsewhere. But you also have to factor in position needs as well. The fact is, the argument is not as simple as you're making it out to be. And again, the statistical chances of finding good recruits in Kansas vs. elsewhere is very, very low.

Well not necessarily the case. Kansas has an abundance of two star players.....and two star recruits in Kansas could get rated higher if they had played in some other state. Kansas and its conferences do not get much respect in ratings.
I kind of disagree. IMO, the statistical chance of signing a Kansas recruit so they can play close to home in front of family and friends is good. It's finding the hidden gems that takes effort. Look at next year's Sophomore class, not all may return but, 30 players full or redshirts. No transfers, 19 local KS/MO players, 4 from Louisiana and 2 form Texas plus some others.

But of course.....if you can sign 4 and 5 star players from anywhere...that's the way to go...but unless your Alabama, your base is going to be made up of two and three star players and you are better off with local players for four years than having to scramble for transfers that will only be around a year or two.

It all starts with winning...Ku starts winning games and kids will start staying home...but talent is talent, get it where you can.

You guys are a laught riot; completely missing the point. Nobody is suggesting, you can build a program, fully on KS recruits. And that you should not look anywhere for the best players; you would be a fool not to. But I can show you a dang football team, of all positions, of the top recruits in this state the last 8 years, that have NOT gone to KU; and that’s a fact. It all starts in house; in your backyard; period.

Yes that's great but if the player themselves don't want to stay in Kansas whether the team is winning or not what can you do? If the home growns now want to grow up else where then your point is pointless

Well if you have lived out in the middle of Kansas all you life you might be ready for the big city too. But Dyrk is correct. If we somehow we could hunt down a list of all players from Kansas that are starting in D1 programs across the country my guess is you could make up a few good teams from the list.

Point is there are more good players from Kansas than what everyone wants to admit or go after.