University of Kansas offensive lineman Malik Clark was arrested on suspicion of driving under the influence this past weekend, according to the Douglas County Sheriff’s online booking report.

The report stated Clark, 21, a redshirt sophomore from New Orleans, was arrested just after 2 a.m. on Sunday, with a charge of driving under the influence of alcohol/drugs. It was listed as his first offense.

“We are aware of the situation," a KU football spokesperson said in regard to Clark's arrest, "and are currently in the process of gathering all of the details.” 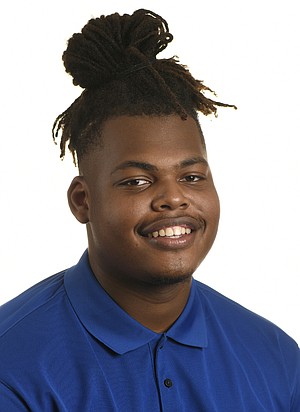 Clark, a 6-foot-4, 320-pound lineman projects as a possible contributor up front for KU football this season. He redshirted in 2017 and has only appeared in two games previously, both in 2016.

What's the quote about nothing good happening after midnight?

He needs to watch Last Chance U on Netflix

He will have plenty of time to watch Netflix now from his parents' basement back in New Orleans.

What an idiot! On game week!?

Save enough money for uber ride

Smh, uber, lyft, taxi, friend, walk. I feel sorry for no one if they get a dui/dwi.

The team can't afford stupid activity like this -- pathetic. It's not like he's a freshman who made a rookie mistake - he should know waaay better. Send him home.

The players letting themselves down. If you get a dui the week of the first game, what does that say to his teammates? Selfish.

Isn't this the 2nd O-line player to get one this summer?