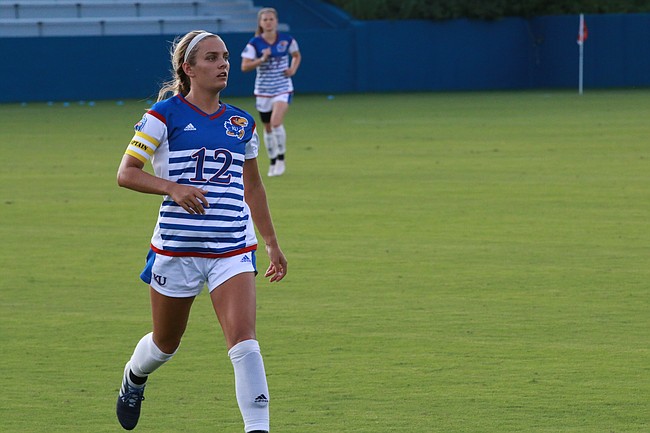 Junior forward Katie McClure received a pair of accolades following her performance over the weekend, in which she helped the University of Kansas soccer team notch two victories to start the 2018 season.

In the season opener, McClure scored the game-winning goal in the team's 1-0 upset over No. 18 Pepperdine Friday at Rock Chalk Park. Two days later, McClure registered another score and was credited with an assist during a 3-0 win at home over South Dakota State.

The Jayhawks (2-0) return to action this weekend for the Husker Invitational. Kansas is slated to face Oregon State at 4 p.m. Friday in Lincoln, Neb.