What do you do if your phone rings and caller ID informs you that the person on the other end is:

*A shoe-company rep who has arranged for a recruit to attend your school?

*A “handler” of one of your players who fed him to your program with the understanding that payments would show up on the first of the month and you fear he’s calling to ask why you're late?

*The runner of an agent who has used you and compensated you in the past to feed one of your players to him?

*A representative of a really good player committed to one of the schools whose assistant coach was arrested, you’ve dealt with him in the past and it was mutually beneficial for all parties, and he likely is calling to test your interest in the prospect?

The answer is you don’t answer your phone. You stare at it and hope you never see that number again, or at least until the FBI probe into college basketball’s seedy underbelly moves from active to a chapter in the history books. It feels as if "ongoing investigation," means it will be going on for a long time. 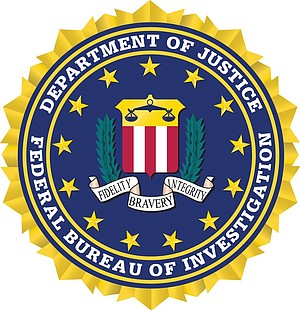 It’s a tougher time now than ever for cheaters. Coaches by nature have a healthy degree of paranoia, which benefits them in keeping recruiting and game strategies hidden. Paranoia in cheating coaches strikes even deeper because they have so much to hide.

At the moment, their paranoia appears justified.

Two of the 10 taken away in handcuffs — Merl Code and Jim Gatto — are Adidas executives facing charges that could put them away for decades if they don’t put whistles in their mouths and start blowing away. But it’s not just cheating coaches from Adidas schools who must worry. Code came to Adidas from Nike in 2015, so he’ll no doubt be mined for information on that front as well. The more Code and Gatto share, the lighter their sentences.

If they sing, it will come down to whether enough proof exists to make a case against those singled out by men throwing themselves at the mercy of the court by using others as human shields.

The cheating coaches can let their phones ring without answering them, but if the feds come calling, that’s not an option.

um, answer just as usual and be yourself. it's not hard to be honest. if you're the guy described in this article, you are tom keegan.

It's fiction. Writers do it all the time.

Tom, every phone call is already 'bugged' by the NSA.

Why is everyone assuming KU is clean? Do you think Bill Self knows what every assistant has ever done to get a recruit? No coach know that.

And you know different? Why do I assume KU is clean? Easy, it's KU. I trust the program, the players and the coaches until I hear differently from a reliable source, not FAKE news.

I saw someone trying to link Balsa Koprivica “player-11” in the FBI complaint. and Kentucky simply because Kentucky had shown interest in him. We probably did too. Far too many rumors and innuendo.

I don't assume, I think every college team is vulnerable. Too many characters involved with recruiting and too easy to lose track. If you want to talk about what makes me nervous about KU, how about the Cliff Alexander fiasco, Ben Mclemore issues, and the Cheick Diallo problems. So, no I wouldn't say KU is in the clear.

Try "trepidation". "Paranoia" is "a mental disorder characterized by systematic delusions ascribing hostile intentions." There is nothing delusional about jail time!

Idiot n. A person with profound intellectual disability having a mental age below three years and generally unable to learn.

Damn another article that I wish had something to do with our Hawks, if I wanted to read tales of fiction I would have just gone down to Dusty's bookshelf to the kiddy section. Off to kubuckets....

I believe KU is not involved in this scandal because everything I know about our assistant coaches, makes me believe that they have 100% intregity! Also, look at how long some have been with Coach Self, and they are darn good recruiters, and I believe one of th m has been rated the top assistant coach/assistant coach recruiter in the Nation. Does any know if any Boosters are named in the case? Now that could be a different story, but I think that would just make them lose all privileges, and any player would have to pay back any Money received!

Duke, Kansas, Kentucky, North Carolina are schools kids already WANT to come to. Other schools basically pay kids not to go to these school and come to their school. I always find it strange when top 25 kids commit to off brand schools (i.e. Mitchell Robinson) I'm more concerned with manipulated transcript cover-ups then pay for play schemes. Not saying it's not possible but I doubt it.