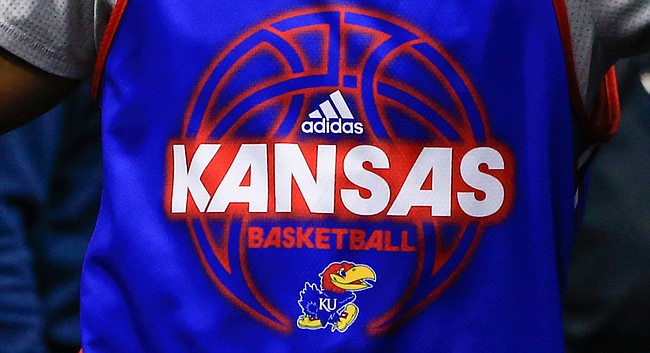 Kansas Athletics still has not signed its multimillion-dollar apparel deal with Adidas, and a spokesman for the school said Tuesday he’s not sure when the deal will be finalized.

KU is attempting to complete the deal at a time when a cloud of legal problems hangs over a key Adidas executive who has been charged as part of a federal investigation into illegal recruiting practices in college basketball.

James Gatto, the head of global sports marketing for Adidas, has been indicted on a federal wire fraud charge. Gatto has been accused of improperly funneling money to highly touted college basketball recruits in order to steer them to schools that have apparel contracts with Adidas.

KU currently has an Adidas contract, and the pending deal — valued at $191 million over a 14-year period — would be Adidas’ largest by dollar amount with any university in the country. Associate Athletics Director Jim Marchiony said KU is not delaying finalizing the deal due to the legal developments with Gatto. He said it is still possible that KU could sign the Adidas deal prior to the legal matters with Gatto being resolved.

“No, that has nothing to do with it,” Marchiony said. “It is just the normal course of putting a contract together.”

At one point, the deal seemed essentially done. Both KU and Adidas publicly announced the deal in late September, and Gatto himself took to social media to tout the extension. KU officials, however, have since said that Gatto had no role in negotiating the new deal between KU and Adidas. KU’s current deal with Adidas expires in July 2019.

Gatto is one of two Adidas officials who have been implicated in the scandal. Merl Code, an Adidas contractor, also has been charged. When asked whether KU remained comfortable entering into a contract with a company that has a key executive under federal indictment, Marchiony declined to elaborate on KU’s thinking on the matter.

“We’ll respond to that when we finishing discussing the contract,” Marchiony said.

Marchiony also declined to go into details about whether KU was seeking any sort of new protections given the legal issues swirling around the company.

“I’m not going to characterize our conversations with Adidas,” Marchiony said.

The Journal-World has been seeking information about connections between KU officials and Adidas officials since news of the federal investigation broke in late September. In mid-October, the Journal-World filed an open records request seeking emails dating back to Jan. 1 between KU men’s basketball coach Bill Self and Gatto and emails between Athletic Director Sheahon Zenger and Gatto, among other emails.

On Tuesday, Marchiony said there was a miscommunication between the KU office that actually retrieved the emails and his office, which was responsible for communicating with the Journal-World. That led to Marchiony sending a letter that indicated there were emails that existed between Self and Gatto.

“It may appear that we were saying there were some, but that was not the case,” he said Tuesday.

"'No, that has nothing to do with it,' Marchiony said. 'It is just the normal course of putting a contract together.'" In other words, the headline is completely misleading. Nice job of click bait, LJW.

Because Zenger hasn't signed a good contract yet (oh except maybe his own).