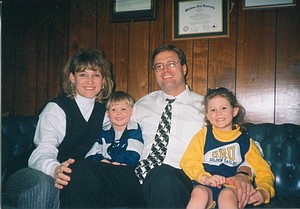 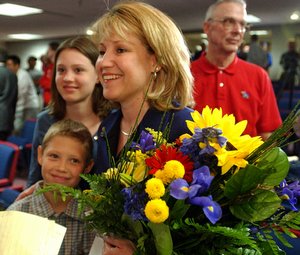 Hey Matt, I have always enjoyed your articles but this one was really fun to read--thanks! When the O-State job opened up several years ago, Self was a leading candidate. Lauren had a big say in telling her Dad that "you are not taking that job." Living in the Wichita, KS area, I don't get these kinds of articles down here. Thanks for writing this article.

That's a really cool story Matt. When my son went to KU and joined a fraternity, Lauren's sorority Chi O, was the place to be. ChiO has always and probably will always be the top KU sorority but when Lauren was their .... It was kinda odd because there was not any kind of detectable jealousy amongst the other girls, which says Coach Self and Cindy raised a socially well adjusted child. If was kinda funny how Kevin Young and the other KU Basketball players were always on their best behavior whenever around the ChiOs. Actually, all the KU players, no matter where they are around Lawrence are excellent ambassador for the team and university.

cool story. we are so blessed to have Coach Self.

In the immediate aftermath of the Oregon loss, I was on here demanding Bill Self's firing as loudly as I did after the WSU loss two seasons ago. While at work, I expressed those sentiments with my supervisor, who knows I'm a big Kansas fan. He offered me some perspective. He's a Nebraska football fan, and he says he remembers how a lot of Husker fans demanded Frank Solich's firing because he couldn't win the big games. Well, they got what they wanted. Solich was out, and in came Bill Callahan, who proceeded to turn the Huskers into a laughingstock by the end of his tenure. My supervisor told me, "Be careful what you wish for."

Just think about how our team would have been if Matt Doherty followed Coach Williams. That (and winning all the time) reminds me that Coach Self is the right guy for us!