Kansas guard Sam Cunliffe (3) throws down a dunk off of a lob from Kansas guard Devonte' Graham (4) during the second half on Monday, Dec. 18, 2017 at Allen Fieldhouse.

Sam “I Am” Cunliffe gave the Allen Fieldhouse crowd thrills for the first time Monday night, but he already had gotten chills himself in college basketball’s most famous building.

“It was surreal,” Cunliffe said of his AFH debut. “Being here for a year, watching all these games, you can sit on the sideline and still get that chill, like — ‘Dang this is crazy. This atmosphere and the people!’ — just watching your teammates. Being out there and actually having a part of something was a great feeling.”

A better feeling than he experienced in his brief debut on the road Saturday against Nebraska. He played two seconds shy of two minutes in the one-point victory and didn’t make a mark on the box score in any other category.

“I was kind of upset about not playing (more) because I felt like I could have helped a little bit,” he said. “But my guys won so I came to practice the next day and tried to be aggressive, and coach saw that and trusted me a little more than I thought he would.” 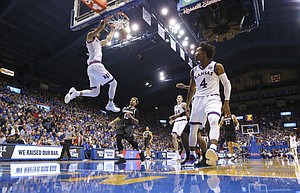 Cunliffe played 20 minutes in Monday’s 109-64 slaughter of Omaha, time enough to throw down two lobs, hit a 3-pointer, score nine points and put up nine shots from the field.

He looked locked-in defensively, although he was on the end of a couple of stern critiques from assistant coach Kurtis Townsend, who recruited the Seattle native to KU as a transfer from Arizona State.

And did his man score?

Cunliffe had to think about it for a few seconds.

He thought about it for a few more seconds and reached a verdict.

Even if that’s accurate, he gave Townsend fodder to urge him to do better.

During a break in the action, Townsend, Bill Self’s longest-tenured KU assistant, pointed to a spot on the floor and barked at the sophomore.

“I feel like I’m pretty quick for my size and pretty fast,” Cunliffe said, “so he’s always just telling me, ‘Hey man, if you’re tired, you don’t have to really guard your man if he can’t catch it. So just make sure you’re high on the floor and deny the pass so your man can’t catch the basketball.’ He’s always said that to me and it’s something I take to heart.”

“Coach T gives me constant reminders and it’s good for me,” Cunliffe said. “Sometimes, I can get a little upset just because sometimes I feel like he’s on me a lot, but at the end of the day, I’m still thankful for what he does to help me because he’s always trying.”

“I knew the offense was going to come to me,” he said. “I feel like I’ve always been a pretty gifted offensive player. Defense has been my main focus since I’ve been here, so that’s what I wanted to bring to the table tonight.”

Cunliffe is the subject of a 90-minute internet documentary split into three episodes and titled “Sam I Am.” 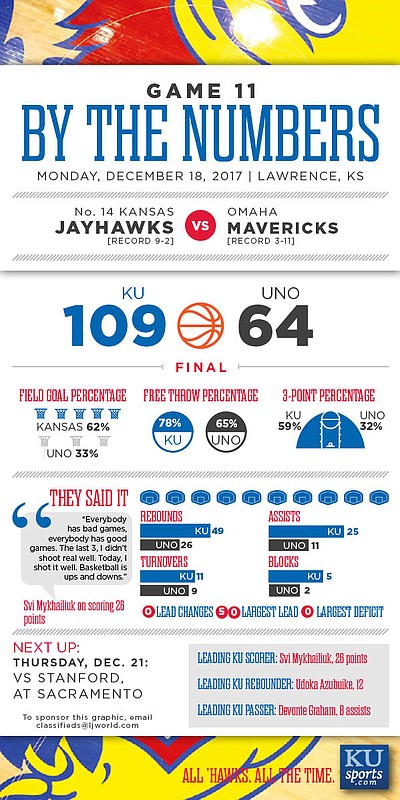 Does anyone have the link to this 3-part documentary?

Hey Keegs, how long have you been waiting to use that headline?

From watching on TV chances look great that Sam will be a great addition. He should gain more playing time as he gains experience. Another thought Adoka needs help and maybe Lightfoot isn't the answer. Adoka will have problems when the conference games arrive. He is capable of close inside shots but won't be easy later. His defense is not outstanding. Chances are he will be back playing next year. Get Preston and Sousa eligible as they might help with inside play.

Watched a lot of "Sam I am". Not a lot of practice on defense. He seems to be getting the message now that he is a hawk.

What I did like about the glimpses of Cunliffe was his attitude to try hard. When he played defense he was active. It looks like he WANTS to come in and be a difference maker. Like he's gonna be a shark going after the ball. To me this team lacks a swagger about them that I think is going to come when conference play starts and we get some more reinforcements. Once we can take some pressure off of Graham, Svi and Vick with some front court help this team will look confident, play confident and have that swagger that I think we are lacking right now. I believe it starts with Sam.