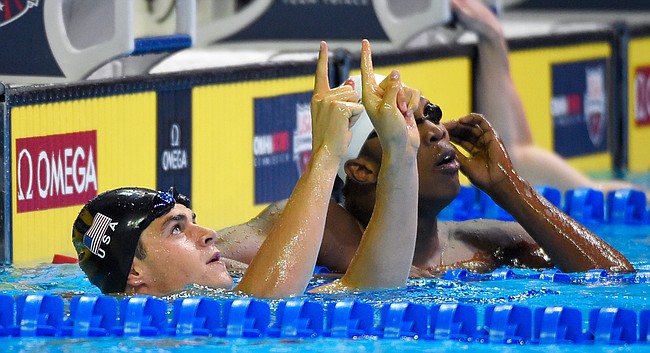 The 100 breaststroke finals will be broadcast on NBC, with coverage beginning at 7 p.m.

Andrew, who finished in 59.85 seconds, will have to place within the top two to earn a spot on the Olympic team.

During prelims Sunday morning, Andrew, 17, set a junior world record while winning his heat in 59.96 seconds, becoming the youngest swimmer in U.S. history to finish under a minute in the event.

“Obviously I’m blown away right, because it’s the first time under a minute,” Andrew told SwimSwam.com after prelims. “It makes me really feel like world-class legit now. I’m excited.”

The Trials will run through July 3.