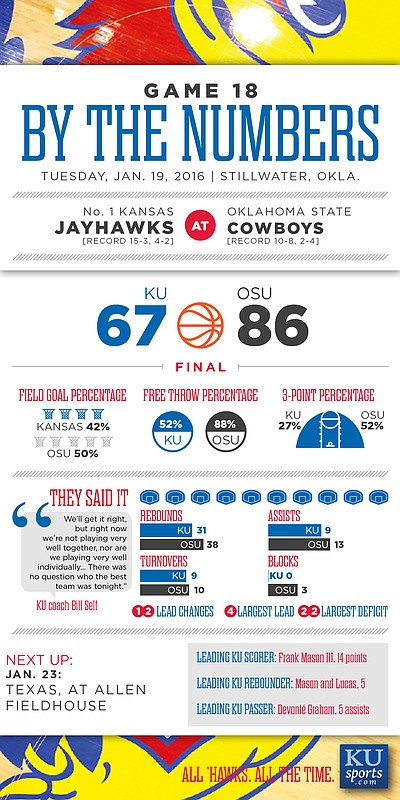 I just hope Self can sign players that can play and have the heart for the game to win.

Sure lets sign more McDonald's players and then not play them.

Free Diallo! (from the bench)

Not a guard on the list! Oh boy still will not be able to guard anyone next year!

We have Vick... A top 30 recruit who only gets garbage time.

Josh Jackson is a small forward whose game is similar to Selden's. He can play both the 2 and 3.

We are being dominated at the 1-3 position! Yet we are not recruiting any other than maybe Jackson.

I wish we won't get Udoka. It'll be a waste of talent. Seriously. It'll be a loss for him, too. First, he will only be playing in practice and coming off bench occasionally (depending how 'ready' he will be). Second, he won't develop much by just posting and passing the ball out, too slow to react, just like LL. He will end up in D-league. Jackson, on the other hand, will be a dynamite. But getting him is a looong shot.

I agree Suzi, our main guys who get most of the minutes just don't show the desire or emotion and its been like that for 3 years now and its so frustrating to watch.

Our weakness is our guards and we continue to recruit bigs. Find some guards with quickness, desire and that can shoot the ball, Bill