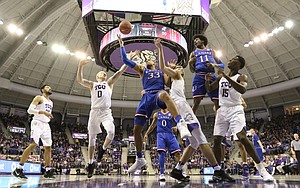 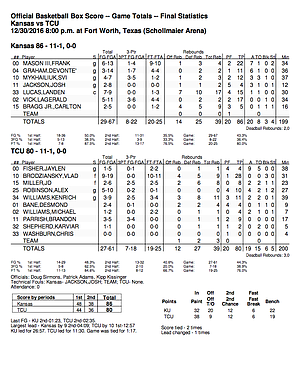 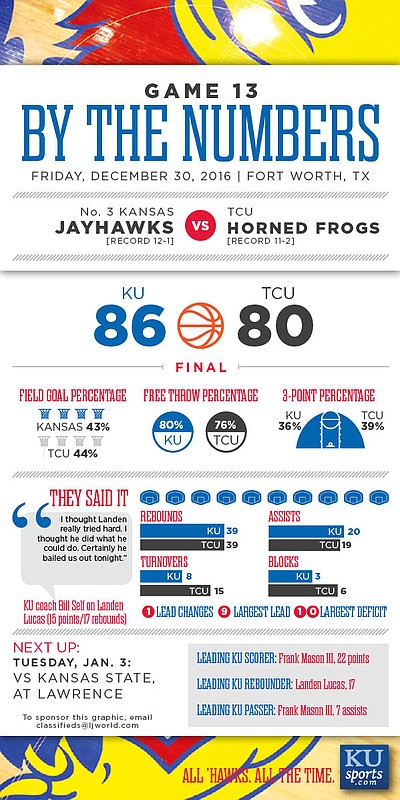 He didn't deserve the "T". Unnecessary call by the ref.

As hard as it is to be a ref, these guys have to learn how to put their egos away.

I disagree. You can't react like that to a call, and hopefully this was a good learning experience for him.

Agreed. All night the Gettys said he slammed the ball down. He DID NOT! He was animated, but what person with a brain would not be when a guy snags a rebound that came right to him over another player who failed to get his hands up in time to get it and is called for a foul. I know Bill can't speak freely in public, but he needs to let the kid know he made a good play, but that his emotions need to be under better control, because now refs will be watching him just like they did the twins.

I think he got the T as much (if not more) for his sprint to the other end as he did for putting the ball down forcefully. It was the combination that was too vehement a reaction and would, I think, usually get a T.

That ref had already made the decision to blow his whistle as Josh started to bring the ball down. I agree he didn't slam it, and if the ref had waited a half second, I don't think he would have called it

Having said that, if that's the most egregious call of the game, I won't complain too loudly.

The technicals on both Jackson and Self were totally unwarranted. The ref who called them should be suspended from officiating any Big 12 games the rest of the season!

yea! and maybe throw in an eye gouge too! :)

Are you sure that's enough, Bryce? Maybe he should have to sacrifice his first-born ...

Coach worked hard for his, and earned every bit of it. It wasn't by accident.

In contrast to my blog note of yesterday under the The Game Day Breakdown with an arrogant, feigned introduction of a player on TCU to Josh Jackson, today's note takes a different tack. "Josh Jackson, meet conference life on the road away from the friendly confines of Allen Fieldhouse." Welcome to hostile crowds that can't stand Kansas and all they can think of is being the team that takes us down. Welcome to referees who call games one way at home and another on the opposing team's home court. Other than Texas or Texas Tech, that is probably the friendliest conference road crowd you'll experience the rest of the way. Knowing Josh, all of last night went into that fabulous basketball brain of yours and all of that won't likely happen again.

Keegan and Tait's comments that KU played poor defense on drives to the basket (which we did) is directly due, in my opinion, to the sports-powers-to-be continued misguided attempts to help the offense as it has done in most sports. At least with the ref's KU has been saddled with this year, it is impossible to stop a driver without being called for a foul (along with all the other ticky-tacky fouls called this year). This is also inconsistently enforced across the country. The Big 10 and SEC continue to have very physical play under the basket without getting called anything like the Big 12 is subjected to, even with some of the same ref's. I believe that the attempts to help offense in many sports is due to pressure from TV (and/or the Big 12), which probably feels that it can attract a bigger audience from the casual fan by having more scoring. This idea is ruining football with its arcade-like games and might leak over to baseball soon. I believe that the committed fan appreciates defense every bit as much as offense, and there needs to be better balance.

it would be unfortunate for the refs in our conference to call the games different from others. Once you get into the NCAA's, it would not be helpful for our team, if as you say, we have developed a less physical type of play than what will be allowed in the tournament.

I for one am not a fan of a technical foul being assessed as a personal foul . To award a team free throws and possession of the ball should be award enough .....It was a bad call on Jackson and it was a natural reaction to a poor call.....so you go from 2 fouls to 4 fouls on 1 play ........which changes what a coach can and cannot do with players on the court . It changes the spirit of the game. Josh I believe could have played with 3 fouls had not the technical been called ....but the T put him on the bench. Its a dumb rule that should be done away with . But we are talking about the NCAA .....where logic doesn't always apply

I don't necessarily disagree with the T also being a personal, but I think college b-ball is way past due to go to 6 fouls instead of 5 before a disqualification.

The ref in question was Doug Simons, 2nd only to John Higgins in ego and compounding bad calls with even worse technicals. He's the same guy that tossed Calipari last year with little excuse and has been horrible with either bad calls or no calls in several KU and Big 12 games. Bottom line, the guy should not be a zebra.

I actually think Jackson deserved the technical. Slamming or not slamming the basketball isn't the issue. It's the intent and the behavior where Jackson showed up the official. IMO it's an easy call. I have no issue with the Technical being called by the official.

That, followed by the running down the court was clearly showing displeasure with the call. Which all went into the technical. I, too, expected the technical, but wasn't happy that it happened. Unlike the twins, I expect this to be the last one from Josh. Not sure what Self said to get his technical, but at that point all TCU got was two extra free throws, so why not? Self was clearly continuing to talk with the refs, but he didn't look angry with them when I saw him over the next few minutes, so it was not going to be two technicals on Self.

I couldn't tell just what Josh did, but I won't get too exercised about the call. He needs to channel his frustration better and turn it into positive action on the court.

I appreciate Coach standing up for him in public, but I am sure that his message in private was different. In fact, shortly after the technical fouls, Coach Self was chatting with one of the other referees, and Coach had a little smile on his face. He wanted to send a message to the refs and to the rest of the team, and by all indications, it worked.

In short, Josh is lucky that the other guys bailed him out, thanks to great leadership, key plays, and very good free throw shooting. Also, Coach's design of three dunks off inbound plays more than made up for the technical(s).

Ok, maybe my post won't be seen by Matt Tait (the mis-pronouncing offender, or Tom Keegan, his much slimmed partner; but TCU's arena is named Scholl (pronounced Sholl, or shhhhh-uhhhhlll, or oal,.... Like a shoal of fish. You might notice that my surname lines up with that of Scholl (again, Shuuuuul-Meyer Arena; getting it now?) Love your column, but get your Scholl's right. Class of '01.