Clemons, who did not run in the final, earned gold by way of his third-leg performance in the relay's semifinal heat Friday.

The victory also marks the second-consecutive Olympic Games a Jayhawk has stood atop the podium. Diamond Dixon earned a gold medal with the women's 4x400-meter relay at the London Games four years ago. 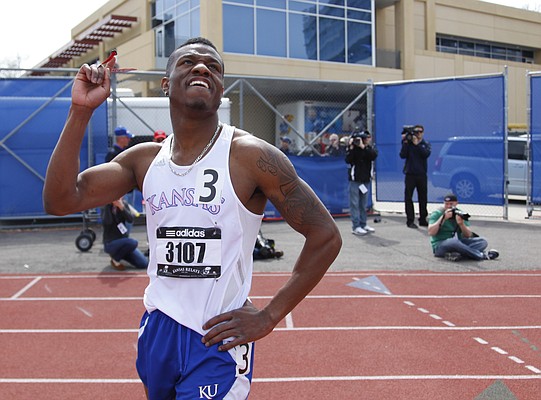 I love track and field, I love KU relays. Congratulations

I love track and field too, mainly, I suppose, due to the fact that I grew up in Kansas in the 50's and 60's when KU routinely had one of the best college track and field teams in the nation, and the KU Relays were the premier relays event in the world. Just think of Bill Neider, Al Oerter, Wes Santee, Jim Ryan, etc. Too bad that KU hasn't done in recent years what it takes to remain prominent in that sport.

Now we have one Olympian, one who didn't even run in the final relay. Congratulations to him, but shame on KU's athletic administration, for letting the track and field program go to waste.