Brannen Greene gets a three to drop

That snapped an 0-for-14 skid from three over four games and 1-for-19 over five games. He finished 1-for-3 from three and scored three points with two steals in 17 minutes.

“It was big because I feel once I knock one down the rest will follow,” Greene said. “It’s definitely a confidence boost for me. Coach has been talking about it. We’ve been joking around about, ‘when are we going to hit our next shot?’ when the media is not around. It felt good to knock one down. It’s felt like there’s been a lid on it in the past.” 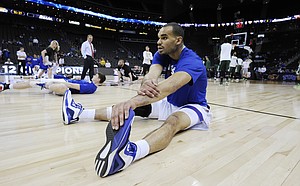 KU, which hit its first two threes, finished three of 12 from three after making six of 46 over the last four games.

“I told them if they’re open to shoot it and hoped like hell they wouldn’t,” Self joked. “It seemed like we were on fire. It seemed we all were running a fever out there.” 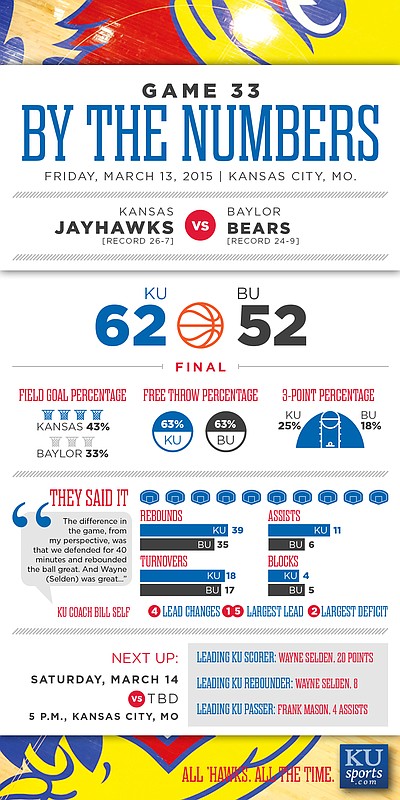 Self is a great coach and all but we could be way ahead of the curve if Mykailiuk had Greene's PT.

I think you missed Coach's sarcasm.

I think you also might have missed Svi's 29% 3 pt accuracy vs. Greene's abysmal slump all the way to 41%.

Yeah, 'cause we didn't need his 5/5 3pt shooting, 19pts @Georgetown, or 2/3 and 12 pts @BU or 3/4 and 12 against OU and 17/23 from OU through TTech during which we won 3 of our 4 Big12 road games. Yeah, we needed Brennan Greene pretty bad this year, and he stepped up big time. Only loss he really struggled in was @KSU. Greene has the highest offensive rating on the team and 4th highest in the conference.

Why do you think Mykailiuk would do better?

Mykailiuk has a far better all round game, including BB IQ.

Have you watched any of the games this season? Greene's shot is beautiful. His release is quick, he goes straight up, and by golly, even in this cold cold streak every time it leaves his hand I think it's going in. But even when he IS hitting 60-70% from 3, he does not provide enough to this team to validate his playing time. He has little to no court vision, is weak and slow to the ball, cannot put the ball on the floor or finish at the rim and let's not even begin to talk about his defense. Svi is young and still developing but so much more promise as a whole product. I completely agree that I would love to have seen Svi get Greene's minutes all year. Even with as BEAUTIFUL of a shot as Greene has.

Yes, it is obvious that Self does not know what he is doing.

If Svi isn't hitting his 3s, he is still the better overall player. Nice comment Arthur, I agree w/your summery.

Now, if only the coach agreed.

I agree that Mykailiuk probably will eventually have a better all-around game, but for now, Greene is their better option given his experience. Svi started the season equivalent to a junior in high school age wise.

I agree with Harlan that Svi will eventually be the better all around player, but right now they need Brannen Greene. He is the one pure shooter on the team and they need him to get rolling like he was in the middle of the season. He is very limited in almost every other aspect of the game, so he needs to knock down shots. Svi is just not quite ready I think. Hopefully next year.