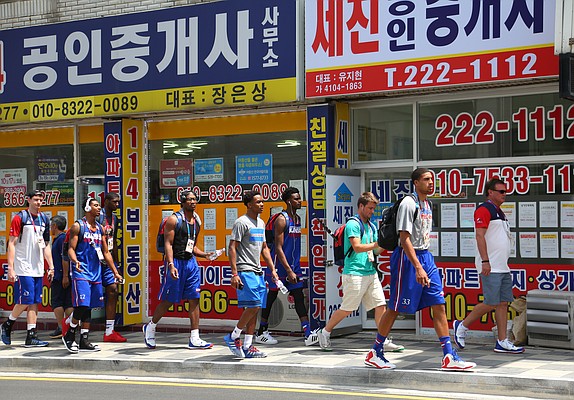 Kansas coach Bill Self leads Team USA basketball team on a walk from Athletes Village to a nearby high school for an outdoor practice Friday, July 3. by Mike Yoder 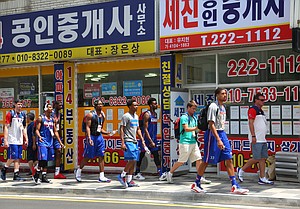 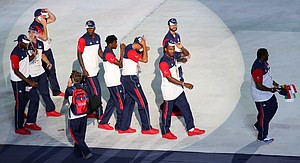 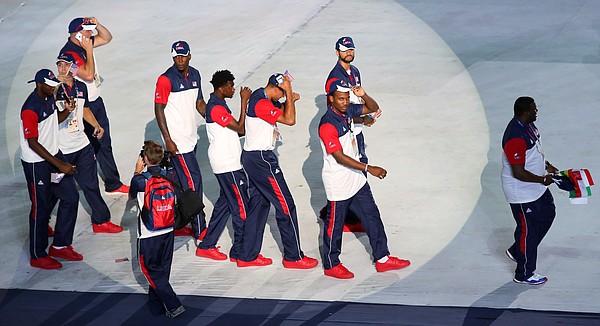 If you were a high school basketball player, and KU offered you a scholarship, and you didn't say yes....you blew it. What an incredible experience for these guys.

Spot On. Oh to be a walk on for this team...oh wait, the coaches decided to take their kids...

Agreed Brett. I was jus telling the wife, I said this would be so cool, for both, THE UNITED STATES ( OUR BOYS) and the Korean kids, population also, what an experience, this is something that they will remember for a life time, being able to inneract with the different culture. very interesting to watch how the Korean kids and people are taking to the Jayhawks would be awesome to be there, man what a recruiting tool. could be wrong but isn't this the 1st time a college has represented the UNITED STATES in the WUG'S? I might be wrong, someone help me out? what an honor for our Jayhawks to represent the UNITED STATES, to represent the UNIVERSITY. ROCK CHALK ALL DAY LONG BABY