Lubbock, Texas — Cliff Alexander started for the second time this season Tuesday night, but he was only the second-best freshman center in the game.

Texas Tech’s Norense Odiase, who has a much bigger body than Alexander, used it to total 13 points and eight rebounds in 27 minutes. Alexander contributed 10 points, five rebounds and four blocked shots in 20 minutes.

“I thought Norense Odiase played really well, and I thought he got the best of Cliff tonight,” Kansas coach Bill Self said. 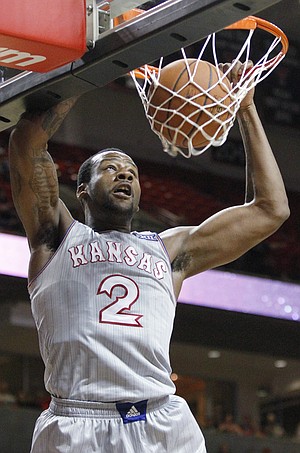 Said Texas Tech coach Tubby Smith of Odiase: “He was outstanding. I was very impressed. He was one of three guys who belonged on the same court as Kansas. He and Zach (Smith) and Kennan (Evans).”

Told that Self said he thought Odiase outplayed Alexander, Smith used the question as a teaching moment: “He played well tonight. He did do a good job. Whether he outplayed anybody, it’s usually us against them, not one guy against another. Norense does play with that edge. He plays that way.”

“It’s always good to win a battle, especially in the paint, or just play harder than your opponent,” said Odiase, a native of Fort Worth who stands 6-foot-9 and weighs 270 pounds. “I just wish that it resulted in a win.” 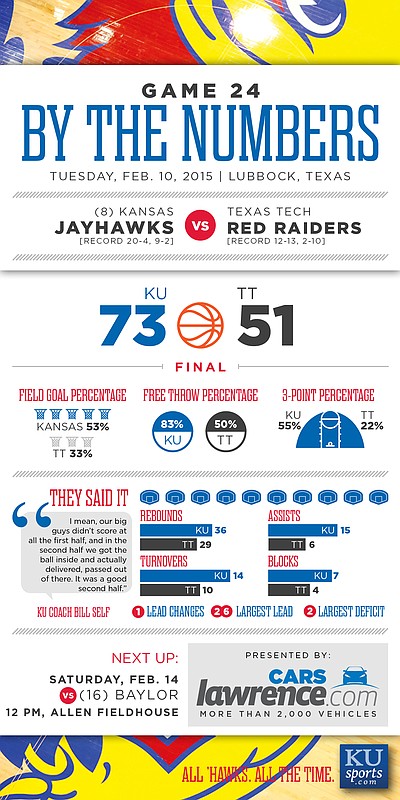 To be fair cliff is an undersized 4 he's 6'8, 240 he does have long arms though he's gonna have to put on 15 pounds of muscle in order to compete the way he wants to

Cliff is a little short for a 4, but at 240 and with a 7-2 reach he is mostly definitely not undersized. He needs to continue to develop physically to go to the next level, but at this level is just limited by the development between the ears - making smart plays and plays with effort are just mental. That is all that held him back at times last night.

Fortunately, there are definitely times when his light shines bright, and those should only increase as he listens and works with the coaches.

I think we'll stick with Cliff...

Keegan you have put out some filler articles before but this one is the worst yet.

The Statistics for C.A. and N.O. were equal on a per minute basis. Yet, according to Keegan , C.A. was out played? This is all about expectations.