Kansas University sophomore guard Devonté Graham came off the bench on Saturday for the first time this season.

“Devonté had a sleep disorder this morning. He overslept,” KU coach Bill Self said after the Jayhawks’ 88-46 victory over Montana in Allen Fieldhouse.

“Devonté is the starter. Make no big deal about that. For whatever reason ... he didn’t say his alarm clock was broken or didn’t work. He didn’t come with that one (excuse). That’s the only reason he didn’t start today. He’ll be back in the starting lineup.” 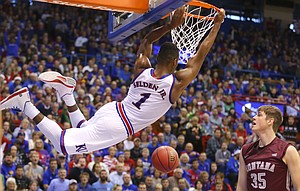 Junior Brannen Greene started for the first time this season — third time in his career — and responded with 11 points off 4-of-5 shooting (3-4 from three) with three assists and a turnover in 19 minutes.

Graham scored nine points off 4-of-7 shooting with an assist and two turnovers in 21 minutes.

KU freshman Lagerald Vick missed the game because of illness.

“He didn’t feel well at all,” Self said. “Something’s going on with him. Hopefully he’ll be back out there real soon.”

Self was asked about keeping sick players away from the healthy ones.

“We’ve never told our other teammates, ‘Whatever you do, don’t speak to him or this or that,’’’ Self said. “We have had situations in the past if a guy is a roommate with somebody we definitely keep them in separate rooms, especially if a guy was our leading scorer. We’d put him in the other building. I hope that’s not the case in this one. I don’t think it is.”

Cheick Diallo (four points, three boards, five fouls) took a hard shot to the head the second half, was examined, and returned to the game. 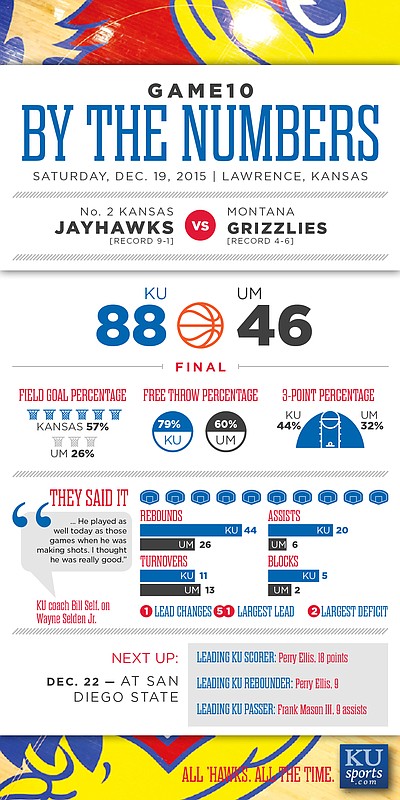 Something up with Vick? Hope not. Hard for these kids to be patient.

It must be hard for the parents, too.

I thought the article said he was sick?

It did say exactly that.