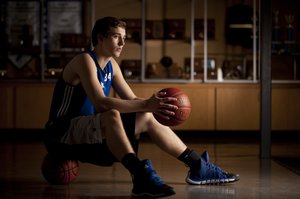 Orange is the color for leukemia.

Nice piece. Thank you for sharing interest in the Jayhawk community and best wishes to Zach.