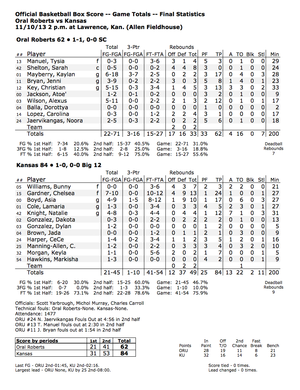 As a team, Kansas broke the school record for free throws made and free throws attempted by making 41 of 54 shots from the foul line.

KU junior guard Asia Boyd added 17 points and 10 rebounds for the second double-double of her career, and junior guard Natalie Knight, playing her first game since tearing an anterior cruciate ligament last season, had a career-high seven assists, to go with 12 points and four rebounds.

Check back later at KUSports.com and in Monday’s Journal-World for more on KU’s season-opening win.