On ‘stressful’ night, Jeff Withey relieved to be taken by Portland with 39th pick

Surrounded by family and friends in San Diego, Kansas University center Jeff Withey needed something to break the tension of a stressful draft night, finally deciding to play pool with some of his old high school coaches during the second round.

He was still at the table when the Portland Trail Blazers made him the 39th overall pick in the 2013 NBA Draft on Thursday night.

“When it was finally called, it was just kind of a relief,” Withey said. “I felt very happy, being able to go to a cool place like Portland.”

Withey, who was projected by some analysts to be a first-rounder, ended up falling to the ninth pick of the second round.

“I know that Jeff is excited,” KU coach Bill Self said. “I know he’s more motivated now than ever.”

For the entire first round, Withey huddled with family and friends around the TV in anticipation of getting taken.

“Watching the draft is a very stressful thing on the TV, because it goes by so slow,” Withey said. “You’re watching it, and you see commercials and everything. My whole thought process was, ‘Maybe the next one. Maybe the next one.’”

Withey said he hadn’t worked out or even been contacted by the Trail Blazers before Thursday.

“The biggest thing is just he’s got to work,” Self said. “He’s got to do a good job in the summer league and probably get a little bit stronger and keep honing his skills.

“I heard he had some really good workouts with several teams. I don’t think he has to change anything. He just has to get a little bit better at everything he does.”

Withey — a San Diego native — searched for “Portland” on the Internet immediately after his selection to learn more about his new city.

“I’m really excited to be on the West Coast,” Withey said. “Obviously, I’ll be able to see a lot of my family throughout the season. Being on the West Coast, being by the ocean, the water, is something that I’ve missed.”

Withey goes to Portland after a strong defensive career at KU.

Offensively last year, Withey averaged 13.7 points per game while making 58 percent of his twos and 71 percent of his free throws. He also led KU in rebounding — averaging 8.5 boards per game — and was a consensus second-team All-America selection.

Withey is the 74th player to be drafted in KU men’s basketball history. The Jayhawks, who also had Ben McLemore selected with the seventh pick to Sacramento, have had at least two players taken in the draft four straight years.

“It was a good night for Kansas,” Self said. “It probably wasn’t as good because Travis (Releford) didn’t get drafted, and those two maybe didn’t go quite as high as we hoped, but, still, it’s a pretty special night.”

This might work out better for Travis. As a free agent, he can look for the best fit for his skills.

Agree with both of you. Releford will make a team.

he will make great money overseas, not the nba

I think Rele will get a look somewhere because of his size, defensive ability, and will be inexpensive.

Portlamd is lucky to get Withey as a second rounder. Comments on his workouts for teams seemed to indicate that he wasn't a first round pick. However, we all know Jeff and I believe he will surprise a lot of those folks who passed him up for some "unknown" entities even in the late first round. Enjoy Portland JWith!

Withey gets shafted for being slight of build, but half a dozen, unproven, international beanpoles get drafted before him. Withey will most likely be a role player in the league for many years. Half of those international guys taken before him will never even make it to the league...

Portland has a pretty lousy history when it comes to drafting bigs, but to get a mature 7-footer with your 39th pick is just highway robbery. At the very least, Jeff will be able to come in and protect the rim for a couple minutes at the end of the first and third quarters while the main rotation guys rest. If he can get stronger he may even give them more than that. I think Portland fans are going to be very happy with this pick.

Jeff...do yourself a favor when you are in Portland..drive south an hour or so and go to Bend, Oregon. It is one of the most beautiful areas in America.

Also, they have a golf course that runs along the side of a mountain...let me just say that the fairways and green slope a tad!!

Well, personally west of the cascades is nicer but then if you like sunshine you definitely get more of that over on that side. Ever been to Brookings down by the redwood?. My favorite Oregon locale.

In addition to working on his strength and basketball skills, Jeff needs to work on his geography. Although SD and Portland are in the same time zone, they are 1100 miles and a 2.5 hour plane ride apart. And if Jeff thinks he is going to be by the ocean, he's in for a bit of a shock as the closest beach is about a two hour drive to the west.

And the Oregon coastline in no way resembles the southern CA beaches that he's used to...but then again, he's a little bit closer than in Kansas. Congrats Withey, you were a pleasant surprise during your Kansas career. I had to expel a lot of hot air to convince my friends that you were not the next Chena_itch or Padgett. Thank you for proving me right.

If I recall, Greg Dreiling didn't go until the second round. A bigger guy than Withey, but he had about a 14 year career.

Congratulations Jeff. Welcome to oregon! Oh, but by the way, Portland is NOT by the ocean - a couple hours away to be exact. And you're more likely to be walking along scenic rugged beaches than sitting in the sand and working on your tan. Yes, its the WEST coast, but it is OREGON.

By the way, my bet is that Jeff plays more games (assuming he stays) with the Blazers than Greg Oden ever did, ever will.

Aldridge wants out of Portland and the Trailblazer want to get rid of the $42 mil. he'll make over the next 3 years. Jeff Has a chance to be in the league for a long time. Portland also drafed another center after Jeff from Spain. Withey's better, but the Spaniard is 3 years younger than Jeff. 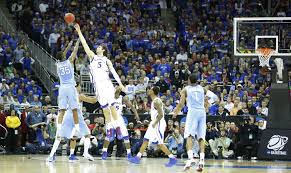 Jeff W. could potentially be a more talented Tiago Splitter or else the white man's Marcus Camby. Both cases spell out a long pro career if he keeps away from any injury bug.

The Rose City is a nice burg.

Welcome to Portland, Jeff. I'll be rootin for ya. I need to get some designer plates now. Do we know his jersey no yet?