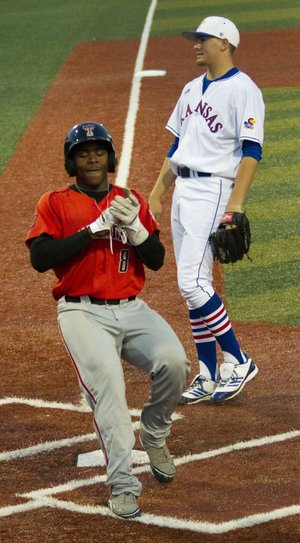 Kansas starter Frank Duncan matched his Texas Tech counterpart for seven innings, and the score was tied after two. But Duncan gave up the go-ahead run on a wild pitch during the eighth inning, finishing the night with a career-high eight strikeouts while allowing two runs on six hits.

Kevin Kuntz was the only KU player to score, on a RBI single by James Stanfield in the first inning.

Zac Elgie had the Jayhawks’ other hit.

i knew it would be a tough year....but now, will we go winless in the league? a distinct possibility. Since his sons have gone through the program, this coach probably ought to move on.....he took it as far as he could.