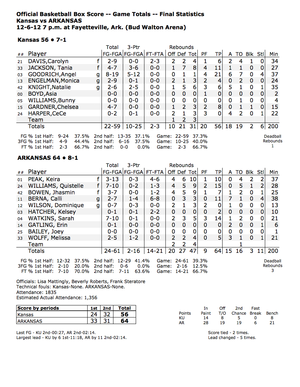 The 17th-ranked Jayhawks (7-1) trailed by nine at halftime but rallied.

Chelsea Gardner’s baseline jumper gave Kansas its first second-half lead at 43-42, and the teams traded the next four baskets.

However, KU’s Angel Goodrich was called for a charge — her fourth personal foul — and went to the bench with 6:41 to play.

Quistelle Williams scored 15 points, and Keira Peak had a double-double with 10 points and 10 rebounds for Arkansas.

The Jayhawks made 10 three-pointers (in 25 attempts) but shot just 37.3 percent from the floor. KU also was outscored by 12 from the free-throw line.

Arkansas also had a marked advantage on the boards: 47 rebounds to Kansas’ 31.

The monotonous, one-trick pony is out of the barn. Please jump the corral fence, gallop quickly and disappear over the distant horizon.

I think that was sarcasm.

yea, save your hatred for 18 paragraph JayBate posts

I literally laughed out loud

It's all easy until you hit the road. The men's team has not played a true road game yet either.

KU woman got the shaft by the Ref's in that game. The Ref's called everything they could think of while the Razorback ladies ran the court invisible to the Ref's eye's and whistle while playing HACK BALL not Basketball. My son said it was PATHETIC with how the Ref's officiated the game. 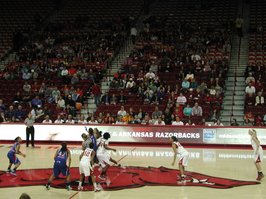 Tsk, tsk, using a message board for self-promotion is very bad form... 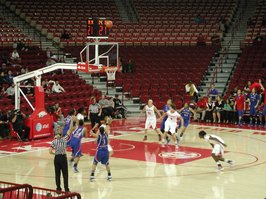 jenniferjbland@yahoo.com - I have more great photos of the game - ">

If anyone would like to see more pictures you can email : jenniferjbland@yahoo.com - I have more great photos of the game - by JenniferJBland

I know we are talking about Hogs, but I do not need any SPAM for dinner.

Actually those photos are average.