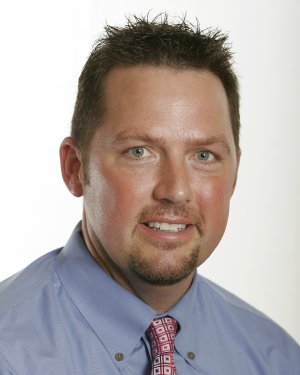 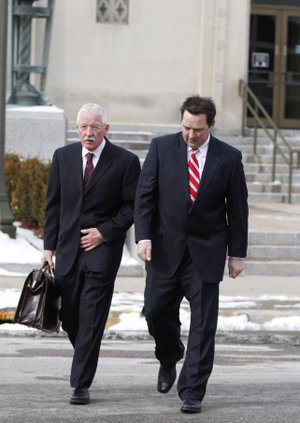 Wichita — Rodney Jones pleaded guilty Friday to his role in a five-year conspiracy to steal, distribute and pocket proceeds from the sale of Kansas University basketball and football tickets through ticket brokers.

Brown accepted Jones’ guilty plea to one count of conspiracy to commit wire fraud, a conviction punishable by up to 20 years in prison, a $250,000 fine and responsibility for paying on a monetary judgment of up to $2 million.

“He has accepted responsibility for his role in the diversion and sale of tickets from Kansas University,” said Gerald Handley, Jones’ attorney. “He deeply regrets his involvement in this episode. He apologizes to the university for his conduct. He has agreed to and is cooperating with the authorities to resolve the issues that are referred to in the indictment.”

• Charlette Blubaugh, who preceded Liebsch as leader of the ticket office.

Jones had worked as leader of the Williams Fund, whose members receive access to purchase KU tickets based on the number of points they have accumulated through monetary donations; the higher the points, the better seat selections.

In court Friday, Jones admitted receiving tickets from Kirtland, Liebsch and Charlette Blubaugh — tickets that then would be sold through brokers, with proceeds returning to Jones to be split with fellow conspirators.

One broker in the Kansas City area told authorities that he “understood that the tickets were being obtained legally,” said Richard Hathaway, assistant U.S. attorney. But that was not the case, as such tickets were taken before they could be made available to donors through normal channels.

• The Internal Revenue Service used a variety of investigative techniques to discover that ticket brokers in the Kansas City area were receiving “an inordinate number” of KU basketball season tickets. These brokers were writing large checks to “cash” and then “a friend and associate” of Jones was taking the cash to Jones.

• The IRS sifted through the associate’s trash and found corresponding ticket stubs that all had consecutive numbers except for one. Jones was identified as having received those tickets.

• The IRS and FBI went to KU and determined Jones had not been reporting this outside income, thus violating both NCAA and university rules.

• The IRS determined Jones had converted 450 “cash hoards” into money orders from Western Union, each for $400 to $500 so he could avoid currency reporting requirements.

After Hathaway had finished, Brown asked Jones to confirm what he’d heard.

“Is that a true and accurate statement of what happened?” the judge asked.

“Yes, sir,” Jones said, using the phrase he would repeat more than 50 times during his 45-minute hearing.

As part of his plea agreement, Jones pledged to cooperate with authorities on any future investigation, hearings or trials regarding the case. He also must forfeit any assets gained as a result of the scheme.

No assets have yet been forfeited, Hathaway said.

In addition to Liebsch, two other former coworkers of Jones already have pleaded guilty and are cooperating with prosecutors: Jason Jeffries and Brandon Simmons await sentencing March 7 on charges that they failed to notify authorities about the scam.

Sentencing for Liebsch is set for 10 a.m. March 30, and Jones is scheduled to be sentenced at 10:30 a.m. March 31. In exchange for their cooperation, federal prosecutors have agreed to recommend reduced sentences in relation to those outlined in federal sentencing guidelines.

Jones remains free as he awaits sentencing, and Brown reminded him that he must comply with conditions stipulated in his bond agreement.

Jones chuckled slightly before leaning in toward his microphone.

Dear Judge, Throw the book at all of them

Methinks he won't be laughing too long about this.

My thoughts exactly!! Throw the book at 'em!!! What a disgrace to such a fine institution!!!

Please continue to go after anybody and everybody that personally enriched their own bank accounts by piggy-backing on and black mailing our basketball heritage. A privileged few hijacked this prestigious program for their own personal gain and did it by standing on the shoulders of those who actually worked hard to build it into something special. All of it shameful, some of it criminal.

Thanks, Another KU Alum

Not only monetarily and through prison time, but your reputation is permanently stained. What a legacy to leave....

“From approximately age 22 to age 27, Kassie Liebsch made decisions and took actions which she now deeply regrets,” said David Bell, her attorney...That line stuck with me from the article yesterday. Anybody else think ole Rod was givin Cassie the ole ham bone.

I know that Mr. Jones will end up serving only a portion of his sentence, however, might I suggest all that time be "hard time". In keeping with his crime, he should be kept in the State of Kansas and I can think of no better place to put this "rapist of our heritage" than Leavenworth Penitentiary.

Something tells me that the lessons Mr. Jones will learn from there will stay with him for a very, very, very long time.

Proud to be a Missouri Jayhawk!!

From looking at the latest picture above, this mess has cut into his tanning fund.

I hope he goes down like a sweet muffin, but what are the chances that he sings like a bird against the Pump brothers and gets a substancially reduced sentence? Depending on how deep the Feds want to dig this can still turn into a larger PR nightmare for KU.

KU really must have had a shoddy system set up to catch this....much more primitive than i even thought it was.

the brokers were told the tickets were obtained lawfully? a whole bunch of consecutive numbers...being bought with checks written to CASH? i mean c'mon! are these brokers are that hard up?

doesn't even sound like Jones needed documentation in the KU system, to show where these tickets ended up...just with some "broker." good grief, how simple could this have been?

these guys will all pay, but it's still Lew's fault. he's the ultimate culprit...right under his nose the whole time.
'

I really love how all of these criminals "deeply regret" their involvement in this scam.. Seriously doubt had they not been caught, they'd be saying the same thing. You people are lucky you don't live in a country where they lop off your hands for such a crime. I just hope it all comes out regardless of how bad it makes our beloved University look. The truth shall set you free!

People do stupid things in life and 20 years is far to long for a non violent crime but I know that will not be their sentence. All you "throw the book at them" people would feel different if it were a family member, Maybe some of you would not feel any different but that says a lot right there. I bet at the end of the day they get 30 months in a federal minimum security setting then half way house and finishing with 4 years probation. After that they have an uphill battle their whole life as federal felons. I don't feel sorry for them but some of you are a little over the top with suggesting they serve as much time as a violent offender in a max setting where they could be killed or much worse sexually assaulted, Thank god their are checks and balances, The feds will get them don't worry they will get everyone involved.

It's not like this was a one-time incident. They were ripping off KU, the fans, and ticket holders for a half decade. This was a bit more than "stupid things". They were busy sticking it to anyone and everyone to enrich themselves over quite a period of time. They knew what they were doing.

You do know this is millions of dollars over a 5 year period, right?

Are either Jones or Liebsch going to be prosecuted for stealing the money? Conspiracy is nice and all but they actually stole thousands and thousands of dollars.

I am just dumbfounded how a group of supposedly educated people could be so stupid as to think they could get away with this indefinitely. Greed issues aside, I'm sorry, but these are just a very dumb bunch of individuals. Sooner or later they had to get caught, no matter how lax the oversight.

If Lew is guilty of nothing else, he's guilty of running a department that would hire such a stupid group of people. As difficult as good jobs are to come by these days, how on Earth can one small department end up employing so many dummies?

It's amazing how bad HR people these days!

I am a Williams Fund member. My membership letter said that I would have the opportunity to call in and get basketball tickets turned back in by other Williams Fund members. So, for two straight seasons back in those years I would call to see if tickets were available. I did that each and every home game and even some away games. Never once were tickets available to me.

Now I know where those tickets were really going.

and paper....he will be at Leavenworth camp, not even close to hard time!!

I guess people can not speak the truth on this discussion board? For sure pro-Obama...want to worry about giving people 20 years!! lol! That is funny!

And where is Roger Morningstar in all this? The guy who ran around the Atlanta Transit System with hundreds of thousands of dollars in his coat pockets? That is the one individual in this whole mess that sickens me. He should have been whistle blowing as a loyal beneficiary of the Jayhawk basketball tradition, personally and with his progeny. Since he was just the opposite, he and his entire family should be banished from AFH for life. There is no reason they should continue to benefit from an affiliation with Kansas basketball.

KUDAD....that's ridiculous. He hasn't even been implicated. Why would you drag someone else into this if you don't have facts on what he knew, etc.? That's not fair.