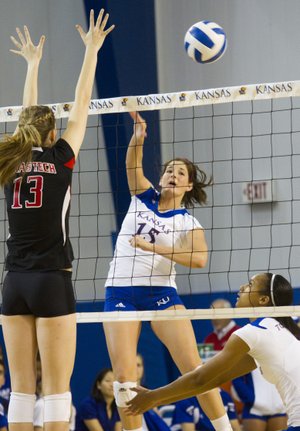 “Offensively tonight I thought we were awfully good,” KU coach Ray Bechard said. “We hit .423 and had a side-out of 77 percent. That’s as clean offensively as we’ve been all year. I was a little concerned with Texas Tech’s hitting efficiency in the first two sets. We broke through finally in the third set, blocked four balls and created some point-scoring opportunities.”